Kevin Costner & Whitney Houston’s “The Bodyguard” Is Returning To Theaters

By Miranda Raye on September 23, 2022
Advertisement 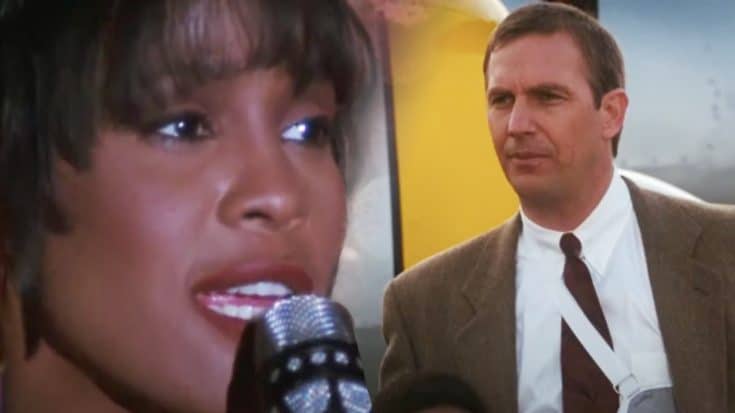 The movie The Bodyguard debuted on November 25, 1992. The film starred Kevin Costner and music superstar Whitney Houston in her acting debut.

Houston recorded Dolly Parton‘s “I Will Always Love You” for the movie’s soundtrack. Her rendition of the song sold over 20 million units worldwide.

In addition to “I Will Always Love You,” the soundtrack produced four other hits for Houston: “I’m Every Woman,” “I Have Nothing,” “Run to You,” and “Queen of the Night.” The songs “Run to You” and “I Have Nothing” were nominated for the Academy Award for Best Original Song. The soundtrack itself was nominated for four Grammys, and won three of them, including the award for Album of the Year.

Today, the soundtrack for The Bodyguard remains the best-selling movie soundtrack of all time.

The Bodyguard turns 30 this year (2022). In celebration of this milestone anniversary, the film is returning to theaters this November!

Costner took to social media to share the news of the film’s upcoming return to theaters. He said:

“In November, 30 years after its first premiere, The Bodyguard will be returning to theaters. I couldn’t be more excited that we all get to re-experience this film and the magic that happened when Whitney stepped in front of the camera. I hope you’ll join us in celebrating this movie and her legacy.“

Houston died in 2012, 20 years after The Bodyguard was released.

Look below to watch the film’s official trailer. Will you head to the theater to watch the movie for its 30th anniversary this year?