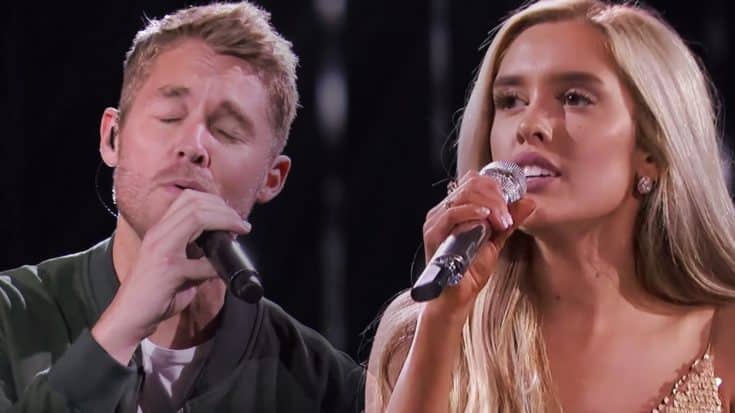 Blown away week after week, American Idol fans all over have been raving about each performance from young Texas singer Laci Kaye Booth – and now, they get to see her sing with one of country music’s hottest new stars in a performance that you have to see to believe!

This dream of mine that I’ve had since I was a little girl has lead me through Hollywood & now onto HAWAII TOP 40 of @americanidol ♥️ I could not be more thankful nor blessed. Wow. I can’t believe this is my life!! Thank y’all SO much for all of the kindness. Tune in to @abcnetwork NEXT SUNDAY 8/7c to watch my Hawaii experience at the beautiful @disneyaulani resort ♥️

Shown on television at the same time that the annual Academy of Country Music Awards were, American Idol might have been overshadowed for a lot of country fans – but it’s definitely worth catching up on.

This performance on Sunday, April 7th, 2019 paired this Idol hopeful with hunky baseball-player-turned-country-singer Brett Young – and the result was breathtaking.

Together Laci Kaye and Brett Young performed one of his most-recent hits “Mercy” off of his self-titled debut album. The song, which was released as a single in 2018, quickly soared to the No. 1 chart position on Billboard‘s Country Airplay chart while earning a Platinum certification all at the same time.

A slow-tempo ballad, “Mercy” tells the story of a person who is singing about a bittersweet love and begs for mercy on their heart.

So if you’re gonna break my heart, just break it /And if you’re gonna take your shot, then take it, Take it
If you made up your mind, then make it / But make this fast
If you ever loved me / Have mercy

I get to duet with one of my favorites, @brettyoungmusic ⭐️ Tune in to @americanidol on @abcnetwork SUNDAY at 8/7c to watch our performance. ♥️

In the pre-performance clip, Laci Kaye opens up to Brett Young and reveals how big of a fan she really is! But, she also explains that she’s nervous because she has always performed with her guitar – but she would be going it alone during their duet.

Luckily, Brett has some friendly advice for her to help overcome the insecurity of performing without her guitar in her hands.

But was his advice enough to keep her in the show? Check out their full performance of “Mercy” below and let us know your thoughts in the comments!