By Miranda Raye on June 5, 2019
Advertisement 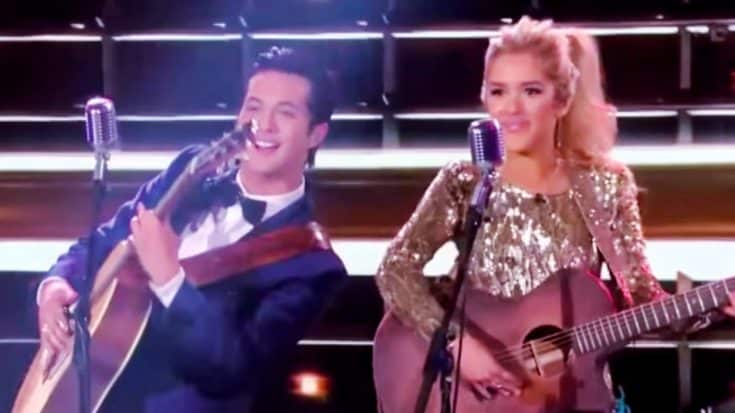 This past season of American Idol produced a number of standout stars, especially its winner, Laine Hardy. The “Bayou Boy” was a fan-favorite from the start, and knocked everyone’s socks off with his energetic and charming performances.

Another shining star on the show was Laci Kaye Booth, a young singer from Texas. Known for her unique, smoky voice, Booth was referred to as a “diamond in the rough” by Idol judge Katy Perry.

Since both Booth and Hardy enjoy country music, they two naturally struck up a friendship on the show. And fans naturally wanted to watch them sing together! They eventually got together for a couple duets, most notably on the Johnny Cash and June Carter classic “Jackson.”

Even though Hardy and Booth never said otherwise, some fans came to believe they were more than just friends. Rumors started circulating that the two were dating, and those rumors picked up steam as the season progressed.

There were also those who simply proclaimed that Hardy and Booth would make a cute couple.

All of the rumors and the excitement over the pair’s potential romance reached a fever pitch when Hardy shared a new photo after being reunited with Booth on June 4.

Look who I ran into today!

The comments were full of declarations that the pair would make a cute couple, that they saw a romance blooming between them, or that their meeting was a date and not just a coincidence.

That one picture sparked so many rumors that Hardy felt the need to finally speak up about his relationship status with Booth. Taking to his Instagram Story, he quickly shut down the rumors with a simple post that read “Me and Laci are  friends y’all.”

So there’s the truth, straight from Hardy himself!

Also, Booth has a boyfriend, and posted a photo with him on Instagram in the middle of her Idol journey.

Hardy and Booth have proven they don’t need to be dating to bring some serious chemistry to their duets. You can watch one of their collaborations in the video below to see what we mean.

What do y’all think of this? Did you ever buy in to the rumors that Hardy and Booth were dating? Or did you know the truth all along?