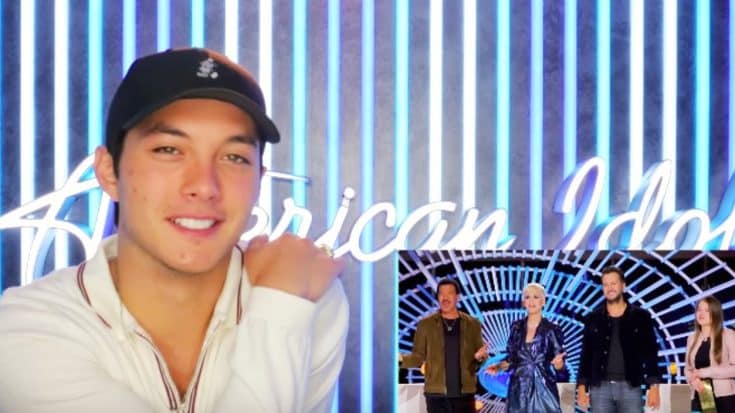 The Idol Star Who Was Once Sent Home

If anyone can be called a “dark horse” contestant on American Idol, that someone is Laine Hardy. The “Bayou Boy” first auditioned for the show at the age of 17 in 2018, and earned himself a golden ticket to Hollywood.

But as much as the judges loved his voice, they knew he didn’t have the confidence he needed to become a star. He was sent home early in the competition, long before fans ever got the chance to vote on his fate.

A year passed, and Hardy spent that year refining his voice and developing his confidence. However, a return to Idol was the last thing on his mind.

He finally agreed to go back to the show when his friend, Ashton Gill, asked if he’d play guitar for her audition. After she sang, the coaches begged Hardy to audition as well, and he delivered an impromptu performance at their request.

Within minutes, a shocked Hardy was handed a golden ticket by Lionel Richie, and he accepted it.

As opposed to his first time on Idol, Hardy established himself as a standout star from the start. He made his way through all of the pre-taped rounds, and got the chance to go to lives for the first time.

In lives, fans continuously voted Hardy through each new phase. He finally made his way into the elite Top 5, and eventually won the show!

To celebrate how far the Top 5 contestants had come, Idol had all of them sit down and react to their auditions from months ago. Fans were definitely looking forward to Hardy’s reaction, since his audition was entirely unplanned.

Laine Shares How He Really Felt That Day

As Hardy shared while watching the clip, he saw no harm in singing for the judges when they asked, because he thought it wouldn’t be possible for him to do the show back-to-back. But when they pulled out the golden ticket and asked him to take it, he started to panic.

As Hardy watched himself prepare to take the golden ticket from Richie’s hands, he summed up his audition with the perfect line. “It just happened,” he said with a grin.

And we bet he’s glad it happened, because now he’s beloved across the country and is known as an American Idol champion!

You can tune in to the video below to watch Hardy react to his Idol audition. It makes us smile to see him get so excited over watching such a pivotal moment in his life!