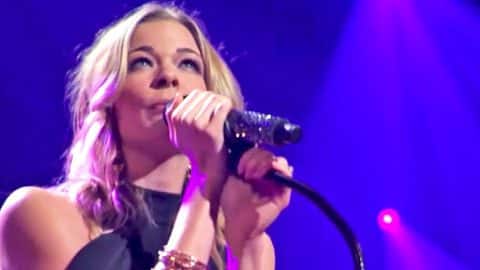 The Greatest Country Song Ever

Most country music artists and fans are in complete agreement that George Jones‘ “He Stopped Loving Her Today” is the greatest country song of all time.

Released in April 1980 as the first single off of his album I Am What I Am, the song held the number one spot on the country chart for 18 weeks.

Needless to say, “He Stopped Loving Her Today” went on to become Jones’ signature piece. Interestingly, Jones hated the song when he heard it for the first time. But Jones bit the bullet and eventually ended up recording it. The rest is history.

Due to its notable status in country music, “He Stopped Loving Her Today” has been covered numerous times, mostly by male artists. In 2011, one of country music’s most successful female artists stepped up to offer a woman’s take on the song.

LeAnn Rimes released a one-of-a-kind album in 2011, titled Lady & Gentlemen. Co-produced by Rimes, Vince Gill, and Darrell Brown, the album contained covers of songs that were originally recorded by male artists. One of the covers Rimes included on the album was “He Stopped Loving Her Today.”

Rimes performed the song during an appearance at the Grand Ole Opry, and couldn’t help but get emotional. Introducing the song, she shared just how much it means to her.

Bringing It To The Opry

“This is one of my all time favorite songs,” she said. “I think it’s the best song that’s ever been written in country music. And God bless George.”

From there, Rimes moved into her breathtaking cover. Her gorgeous voice soared through high and low notes alike, leaving the crowd in awe. A few stray tears escaped from Rimes’ eyes as she sang, but she still managed to power through without breaking down.

The emotion behind Rimes’ cover resulted in a performance that is sure to bring tears to your eyes as well. You can watch the beauty unfold in the video below.

We think Jones would have been proud of Rimes’ rendition of his signature song, don’t you?