By Manly Bryant on November 21, 2019
Advertisement 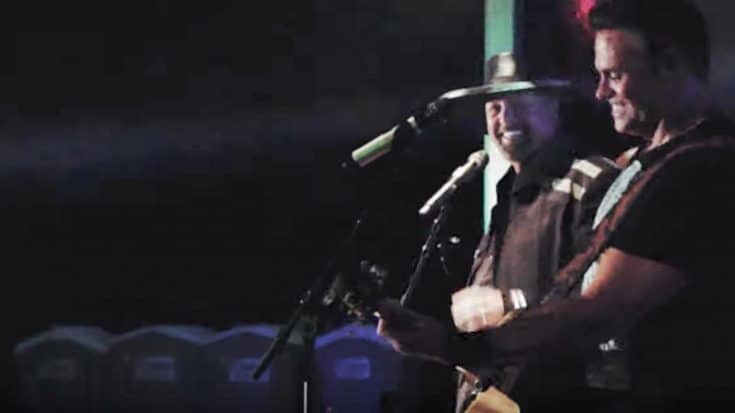 Some of the last footage ever known to exist of Montgomery Gentry performing together has been put into a music video to celebrate the incredible journey these beloved singers had.

Eddie Montgomery and Troy Gentry recorded ten complete studio albums together from 1999 through 2017, with the last two finished just before Gentry’s untimely death in September 2017.

In 2018, what many thought would be the final album featuring Troy Gentry’s vocals was released and titled Here’s To You – a subtle nod to Troy himself.

Now, as of November 1st, 2019 their 10th album together, Outskirts, has marked another installment in the duo’s legacy and features some new tracks and covers of classics.

One of these songs, “Outskirts,” is a track that Eddie and Troy began playing in 2017 to give their fans a taste of what was to come with their music. The subsequent music video was hand-crafted with footage taken by fans as Montgomery Gentry performed the song while on tour in mid-2017.

This represents the last known footage of Troy Gentry singing alongside his dear friend and musical partner, Eddie Montgomery.

Watch this wonderful video below and be sure to get your copy of Montgomery Gentry’s new album Outskirts!