7 Nicknames For Loretta Lynn And How She Got Them 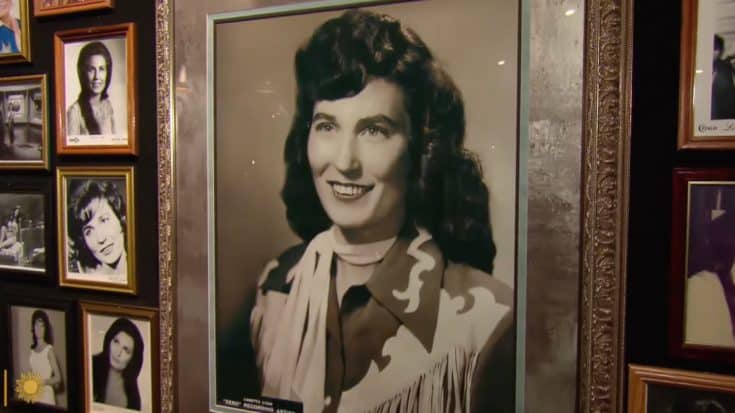 Loretta Lynn was best known as The Coal Miner’s Daughter, but she had several nicknames over the course of her 60-year career.

Loretta Lynn‘s country music career was launched in the late 1950’s after her husband, Doo Lynn, purchased her a guitar and encouraged her to start a band. It didn’t take long for Loretta to land a recording contract at Decca Records in Nashville. Grand Ole Opry appearances followed, and Lynn quickly became the top female recording artist in Music City.

For nearly three decades, Loretta Lynn dominated the country music scene with chart-topping hits, and awards shows with more wins than any other female artist in the genre. Many of  those hits were autobiographical songs that became nicknames for the singer.

Loretta Lynn earned numerous nicknames during her career. Check out her nicknames and their meaning below.

Loretta gave herself the nickname the Coal Miner’s Daughter when she penned her autobiographical song of the same name in 1970. The singer was the second child of eight born to Melvin “Ted” Webb and his wife Clara. Ted worked long hours at Kentucky’s Van Lear coal mine.

Ted died at the age of 52 of black lung disease, a disease caused by long-term exposure to coal dust. Lynn honored her father on Father’s Day 2022 with a post that read, “I can’t ever explain enough how I loved him. He was the best. Gentle and wise and such a hard working man,” Lynn wrote. “He was gone too soon. I sure miss him and I promise you they don’t make ‘em like my daddy anymore.”

After arriving in Nashville, Loretta Lynn met Owen Bradley of Decca Records. Bradley encouraged Lynn to record songs she had written herself. Sales of Loretta’s albums skyrocketed once she started recording her own songs. During her partnership with Decca, Lynn released 39 albums, and 26 of those reached Top 10 on the Billboard Country Albums charts. Her unrivaled success earned her the nickname “The Decca Doll.”

“Blue Kentucky Girl” was the title track from Loretta Lynn’s fourth studio album. It was one of a few singles that wasn’t written by Lynn. Written by Johnny Mullins, a school janitor from Missouri, the son was a perfect fit for Loretta who was born and raised in Kentucky.

Loretta was dubbed the Female Hank Williams by Decca Records producer Owen Bradley due to her success writing and recording her own songs. Lynn was the first female country artist to top charts with songs she had written herself. Much like Hank Williams whose success was founded on his songwriting, Lynn’s autobiographical songs resonated with audiences. She wasn’t afraid to write about controversial topics like infidelity, alcoholism, divorce, and the Vietnam War.

5. The First Lady of Country Music

The nickname First Lady of Country Music is self-explanatory. Loretta Lynn accomplished more “firsts” in her career than any woman before or since.

The Honky Tonk Girl was another nickname Loretta gave herself, and was the title of her first chart hit, 1960’s “I’m a Honky Tonk Girl.” It was also the first song Lynn ever wrote and recorded. She once said of the tune:

“When I wrote this song, I didn’t think anybody would ever hear this song. Doo bought me this little ol’ $17 guitar. I thought it was the greatest thing I ever had, you know? It probably was. I wrote this song in about twenty minutes. I never dreamed that song would be heard, but then it was a single.”


7. The Queen of Country Music

Many female artists have been called the Queen of Country Music. But, there is no doubt that Loretta Lynn is the first and only queen of the genre. The list of her accomplishments and recognitions is long, but worth sharing to prove her incredible impact on country music.

As of 2022, Loretta was the most awarded female country recording artist. She is also the only female to win ACM Artist of the Decade honors (1970s). She has 24 No. 1 songs and 11 No. 1 albums to her credit. Lynn won three Grammys, seven American Music Awards, thirteen ACM Awards, eight BMI awards, eight CMA Awards and 26 fan-voted Music City News awards.

In addition, Lynn was inducted into the Songwriters Hall of Fame in 2008, received a Grammy Lifetime Achievement Award in 2010, was given a Presidential Medal of Freedom in 2013, and was honored as Artist of a Lifetime by CMT in 2018.