Luke Bryan Asks Fans To Pray For His Voice

By Miranda Raye on January 14, 2022
Advertisement 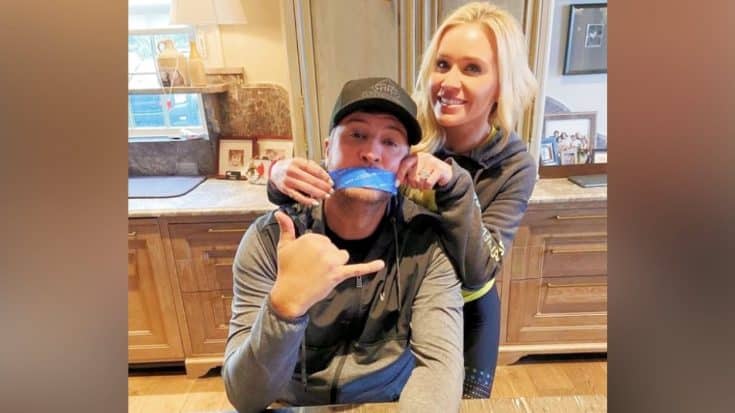 For several years now, Luke Bryan has hosted a music festival in Mexico called Crash My Playa. Luke gets some of his best friends to come and perform during the multi-day event.

This year, Luke, Dustin Lynch, and Jason Aldean will serve as the headliners of the festival. Luke will headline two of the four nights. Other performers include Ashley McBryde, Jimmie Allen, and Lainey Wilson.

Crash My Playa is being held from January 19-22.

According to a press release on Luke’s official website, this year’s Crash My Playa “experienced the fastest sell-out” in the festival’s seven-year history. After everything the world has been through in recent years, it’s understandable why fans were so anxious to enjoy some fun in the sun while watching their favorite country artists perform

Luke will take to the Crash My Playa stage for the first time on Thursday, January 20. That means he has just a few days to get his voice ready after being placed on vocal rest.

Turns out that Luke got a little too excited while cheering on the Georgia Bulldogs during the college football national championship game on Monday (January 10). The Bulldogs won, but Luke lost his voice.

Luke’s wife, Caroline, explained his predicament in a post on Instagram. She shared a picture of her standing behind Luke while covering his mouth.

“He’s on vocal rest after his EXCESSIVE screaming at National Championship game….can’t say I’m too unhappy about it!” Caroline joked. “I plan on talking nonstop and annoying the hell out of him.”

Luke also addressed his vocal rest in a video he posted on Facebook about the debut of his music video for “Up.” Sounding hoarse, Luke said, “What’s up everybody? It’s Luke, and I lost my voice at the Georgia Bulldog game.”

After encouraging everyone to check out his new music video Luke said, “And pray for my voice.“

We certainly hope Luke gets his voice back before Crash My Playa kicks off in just a few days!