By Miranda Raye on April 18, 2022
Advertisement 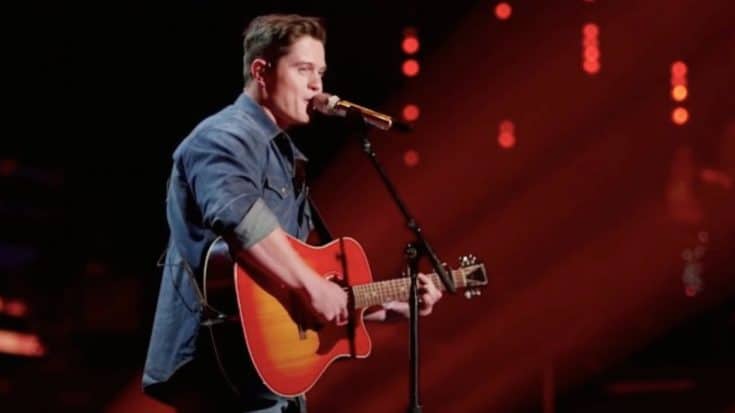 Dan Marshall had been singing for years, but spent most of his life chasing a different passion…football. He was a linebacker at Virginia Tech and sang privately in his spare time.

Now 24 years old, Marshall is chasing his second dream of becoming a country singer. He had only been performing live for a few months when he auditioned for the current season of American Idol.

Marshall charmed the judges with his heartfelt performance of Garth Brooks‘ “The Dance.” At the time, judge Luke Bryan told Marshall he was “…one of the best sounding country artists” on the show that season.

Once in the Top 20, Marshall turned to another song of Brooks’. This time, he opted to sing his fun-lovin’ signature song, “Friends in Low Places.”

The judges were impressed with Marshall’s energized performance. They praised the song choice, saying how it gave him the chance to shine as an entertainer.

“I just want free tickets and backstage passes,” Lionel Richie said. “The truth of the matter is, you could just take this act right here and go straight on the road, immediately.”

Katy Perry admitted she wasn’t always certain about Marshall. But his cover of “Friends in Low Places” showed her why he deserves to be on the show. “That was so fun. You picked the right song. You had the best stage presence that is so authentic, that is so natural…” she said.

Bryan also had some compliments to share. He agreed with Perry that some of Marshall’s past performances didn’t stand out as much as this one. “Good job for upping your game buddy,” he said.

Tune in to the video below to check out Marshall’s cover of “Friends in Low Places.” You can tell he gave that performance everything he had!