Luke Combs Gets Candid About Weight Struggle, “I Got A Horrible Genetic Dice Roll” 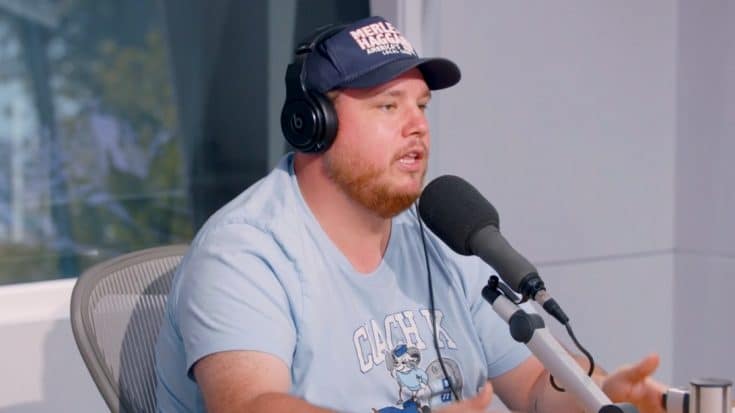 During a recent interview, country singer Luke Combs opened up about his lifelong issues with weight and said that it is something that has bothered him for a long time.

Combs appeared on Apple Music’s “The Zane Lowe Show” where he got candid about his struggles to maintain a healthy weight.

“It was always something that’s bugged me… especially when you’re younger,” the 32-year-old said. “You’re like, ‘Man, I just got a horrible genetic dice roll on this thing.’ You start to realize that even more when you’re older.”

But, Combs didn’t blame it all on his roots. He admitted that he enjoys indulging, a habit that is tough for him to break.

Combs added that the issue for him isn’t “execution” because he knows what to do and how to do it, but struggles to do it consistently. The “Beautiful Crazy” singer compared his weight journey to golf saying, “When I go play golf I can hit a good golf shot. I’ve done it a bunch of times. I can’t do it consistently. My relationship with food has been the same thing.”

“This having a kid thing has really messed my head up on this thing in the best possible way,” Combs confessed. “It’s like…I want to be around. I’m fine right now. My cholesterol, my blood pressure and stuff is fine because I’m a younger guy. But, by the time I’m 45 it’s not gonna be because of the shape I’m in.”

Luke also said that he has a desire for his “shows, songs, everything” to get better as time goes on, and he worries about what people think of him.

“I don’t want people to think of me this way where it’s like ‘this guy doesn’t care about himself,'” Combs said. “It’s something that I’ve definitely struggled with, but it’s also something that I just am also really comfortable in my own skin as well.”

Luke Combs and his wife, Nicole, welcomed their son, Tex Lawrence, on Father’s Day. They announced their first child’s arrival with a post on social media that read, “Welp he decided that Fathers Day would be a good time to show up. I couldn’t agree more. Me and @nicolejcombs are over the moon in love with this little guy. Mama and baby are healthy and we’re back home now with family. Life is good. Everyone welcome Tex Lawrence Combs to the world!”

Watch Luke Combs’ full interview with Zane Lowe in the video below.