By Miranda Raye on April 28, 2022
Advertisement 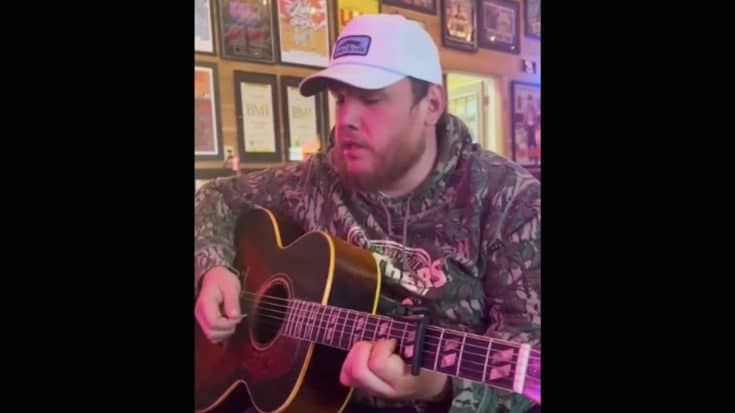 Jordan Davis and Luke Bryan released their collaboration, “Buy Dirt,” in July 2021. The song went on to reach the #1 spot on both the Hot Country Songs chart and the Country Airplay chart.

“Buy Dirt” was also a crossover success. It peaked at the 22nd spot on the all-genre Billboard Hot 100 chart.

The song has already been certified Gold by the RIAA. It was also nominated for three ACM Awards in 2022.

Davis and Bryan released a music video for “Buy Dirt” in August 2021. This music video was nominated for a CMT Music Award for Collaborative Video of the Year.

A different Luke recently offered up his own take on the song. Of course, we’re talking about Luke Combs.

Combs took to social media to post a video of him delivering an acoustic cover of “Buy Dirt.” His followers love it, as the view count on his video shows.

Just two days after he posted his cover, Combs’ video had over 900,000 views on Instagram and over 1.1 million views on TikTok.

Davis happened to see Combs’ cover, and reacted to it. “D—, I thought I sang this one pretty good…You crushed this buddy, thank ya,” Davis commented on Combs’ Instagram video.

You can watch Combs cover “Buy Dirt” below. Now we’d love to hear him and Davis sing it together one day!