Man Attacked By Crocodile After Swimming Behind Waterfall 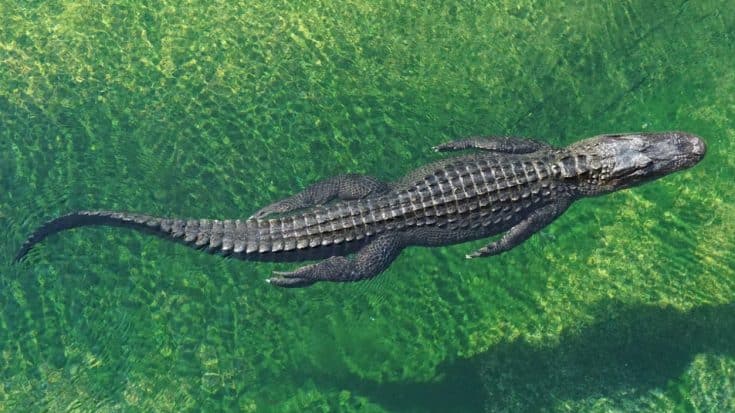 Australian authorities said that a man in his 40s was swimming in a remote area of Queensland when he swam behind a waterfall and was attacked by a 6-9 foot crocodile.

The man was a part of a motorcycle tour when they all stopped at a waterfall area at Adels Grove in Lawn Hill National Park to take a break and look at the beautiful surroundings.

Onlookers said the man swam behind the waterfall where the freshwater crocodile was hiding and it lunged at him, biting him on the arm.

“It appears that they were swimming around a waterfall and he went behind the waterfall and there was a freshwater crocodile there,” Queensland Ambulance Service north-west district Brad Hardy told News Week.

They said that the man “put up a fight” with the crocodile and wrestled the dangerous reptile until its huge jaws opened up and it released its grip on the man.

LifeFlight Rescue said they got a call from the onlookers and were able to make it out to the area about an hour after the attack happened.

“He was in a lot of pain and the puncture wounds from the croc’s teeth were very deep,” RACQ LifeFlight Rescue Aircrew Officer Greig Allan told News Week.

The rescue crew said the man was “lucky to have escaped with his life” and that bystanders “did a really good job” looking after him, by bandaging up his wounds to limit the bleeding, as he waited for LifeFlight to arrive by helicopter.

Rescue workers quickly got him to the Mount Isa Hospital where he was treated for injuries to his arm, legs, and hands. Doctors say he is in stable condition and is receiving further treatments.

Australian wildlife authorities say that crocodile attacks are rare but they do happen…there have been an average of one attack each year since 1985.

Video Report On The Croc Attack Below