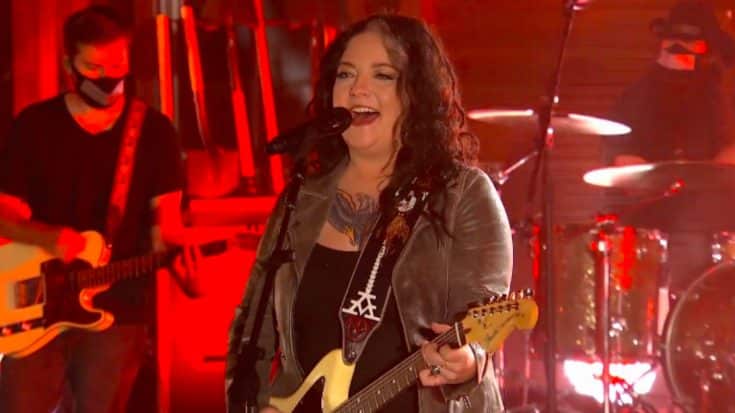 The 2020 CMT Music Awards took place Wednesday night (October 21) in Nashville, and it was a night to remember. Originally planned for April, the show was delayed due to the coronavirus pandemic. But, the wait was worth it as some of Music City’s biggest stars delivered memorable performances throughout the night that also recognized the industries brightest talents with fan-voted awards.

Upon the song’s release earlier this year, McBryde told CMT of the song she co-wrote with Jeremy Spillman:

“He wasn’t afraid to get weird with me. I told him I wanted to write something dark and we created this story that surrounds the most delightful trollop of a human being and gets down underneath the fingernails of the uncomfortable truth about family dynamics.”

Watch Ashley McBryde perform “Martha Divine” at the Barn at Sycamore Farms in Arrington, Tennessee, during the CMT Music Awards in the video below.