By Jennifer Pernicano on November 4, 2019
Advertisement 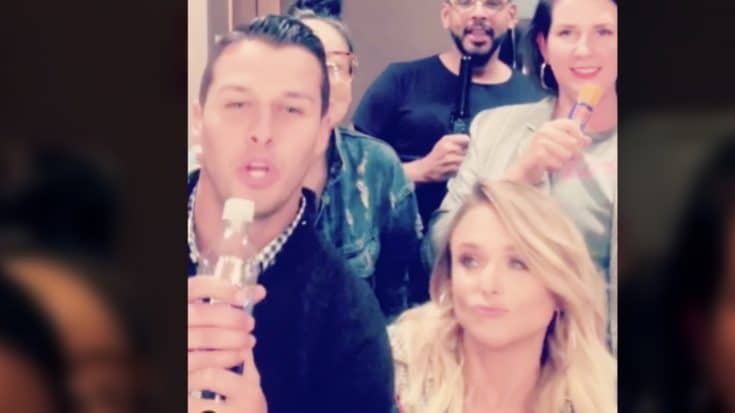 Country singer Miranda Lambert is busy promoting the release of her latest album, Wildcard, which was released on Friday, November 1.

She has stopped by several entertainment news outlets for interviews and performances, which means her glam squad is working full time! Most times, it’s just her and her glam squad – made up of her makeup artist Moani Lee, her hairstylist Johnny Lavoy, and her stylist Tiffany Gifford.

But over the years, special country artist guests have joined her, including Little Big Town.

Maren Morris had a cameo in a “No Scrubs” glam jam last year.

Even Lambert’s band the Pistol Annies got in on the fun in 2018!

In her most recent “Glam Jam,” posted to her social media accounts on Friday (November 1), someone special made an appearance – her husband, Brendan McLoughlin!

They were lip syncing to the song “You Sexy Thing” by Hot Chocolate, and Brendan popped his head in the shot, holding a water bottle as his microphone, to sing the line, “You sexy thing, you!”

Watch the awesome Glam Jam, featuring a “hot cop cameo,” as Miranda puts it, below.