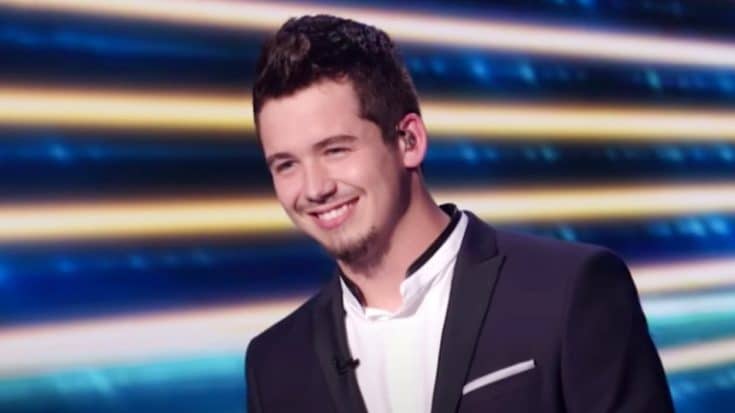 Noah Thompson was crowned the newest winner of American Idol on May 22. The young country singer from Kentucky never planned to appear on the show. He was working construction and singing was just a hobby of his. But his friend, Arthur, signed him up to audition without telling him, and the rest is history.

After winning Idol, Thompson told Good Morning America he was looking forward to returning to Kentucky. He shares a one-year-old son with his girlfriend, Angel, and is excited to spend some time with them and his friends at home.

“I want to see my family and just kind of let this settle in, you know what I mean?” he said. “It’s going to be wild. I’m going to try to just stick to, you know, staying in the house for a little bit.”

Thompson has been keeping his followers updated on what his life has been like since he won Idol. A few days after his big win, Thompson posted a picture from a reunion with a bunch of his friends.

“Missed these ole boys, ain’t no place like home,” Thompson captioned the snapshot.

A couple of days after that, Thompson posted some pictures that show him mowing the yard. He seems quite happy to be back home!

“It’s the simple things #cuttinggrass #homesweethome,” he wrote in the caption.

While Thompson has been enjoying some much-needed time at home after winning Idol, his debut single “One Day Tonight” has been making a huge impact. The song reached the #1 spot on not one, but TWO iTunes charts.

“You all are awesome!!” Thompson wrote on Instagram. “One day Tonight is number 1 on #itunes charts for #allgenres and also #countrygenre…keep it climbing y’all, thank you guys…”

You can listen to Thompson sing “One Day Tonight” on Idol by tuning in to the video below.

Congratulations to Thompson on his Idol win! We can’t wait to see what else he’s able to accomplish.