By Jennifer Pernicano on September 30, 2021
Advertisement 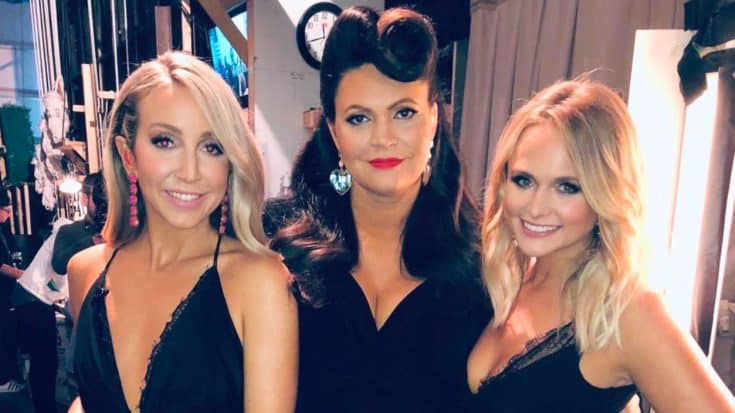 The Grammy-nominated trio Pistol Annies are back!

The country music trio, comprised of Miranda Lambert, Ashley Monroe, and Angaleena Presley, have been singing together for over a decade, and they don’t plan to stop! While they all have released respective solo projects, they really do shine when the three of them get together.

In fact, Presley has previously said that when they do write music together, they can’t stop!

“We were at Miranda’s farm writing the other day, and I was like, ‘I hate you girls so much because I don’t want to write with anyone else,’” she said. “I think we wrote eight songs in two days.”

The Annies, as they like to call themselves, have released three albums together – 2011’s Hell On Heels, 2013’s Annie Up, and 2018’s Interstate Gospel, which earned the group their first Grammy nomination.

In a post on all their social media channels, the country music trio announced they will be releasing something they have never done before…a Christmas album!

“It’s gonna be a Hell of a Holiday y’all! Our first Christmas album will be out Oct 22,” the announcement read.

The post also revealed that the first song off the album, “Snow Globe,” will be released at midnight Eastern Time on Friday (Oct 1). The album, titled Hell of a Holiday, features 13 songs including a cover of Merle Haggard’s “If We Make It Through December,” and several original songs.

The album artwork features Lambert, Presley, and Monroe in floor length dresses while standing in front on stained glass windows decorated with things that make them Lone Star Annie (Lambert), Holler Annie (Presley), and Hippie Annie (Monroe). Lambert is holding a Christmas star, Presley is holding a mistletoe, and a white dove is flying above Monroe’s hand.

See their announcement below, as well as the track listing.

It’s gonna be a Hell of a Holiday y’all! Our first Christmas album will be out Oct 22 ?❤️?