By Jennifer Pernicano on December 10, 2020
Advertisement 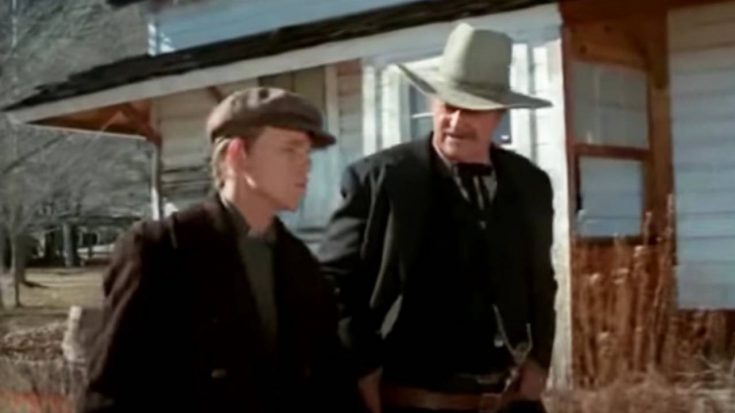 As an actor, Ron Howard is mostly known for his starring roles in the television shows The Andy Griffith Show and Happy Days, as well as the movie American Graffiti. One film he appeared in, but isn’t necessarily known for, was 1976’s The Shootist.

Now, he’s best known as a director of films including A Beautiful Mind, The Da Vinci Code trilogy, Apollo 13, and most recently, Hillbilly Elegy.

In 1976, Howard was two years into his ten-year run as Richie Cunningham on Happy Days and although he was considered a seasoned veteran on television, he still had much to learn about films. Good thing his co-star in The Shootist was the legendary John Wayne!

The Shootist ended up being Wayne’s final film. Just three years after its release, the legend passed away from stomach cancer.

Speaking about working with Wayne on the film, Howard told Huffington Post, “I always admired him as a movie star, but I thought of him as a total naturalist. Even those pauses were probably him forgetting his line and then remembering it again, because, man, he’s The Duke. But he’s working on this scene and he’s like, ‘Let me try this again.’ And he put the little hitch in and he’d find the Wayne rhythm, and you’d realize that it changed the performance each and every time.”

In an interview with Men’s Journal, Howard said, “John Wayne used a phrase, which he later attributed to [film director] John Ford, for scenes that were going to be difficult: ‘This is a job of work,’ he’d say. If there was a common thread with these folks – Wayne, Jimmy Stewart, Glenn Ford – it was the work ethic. It was still driving them. To cheat the project was an insult. To cheat the audience was damnable.”

Over the years, Howard has worked with many other legendary names including Bette Davis, Jimmy Stewart, and Henry Fonda, saying, “Here’s the thing they all have in common: They all, even in their 70s, worked a little harder than everyone else.”

Even in Wayne’s very last role, he was arguably the hardest worker on set.