By Jennifer Pernicano on March 22, 2022
Advertisement 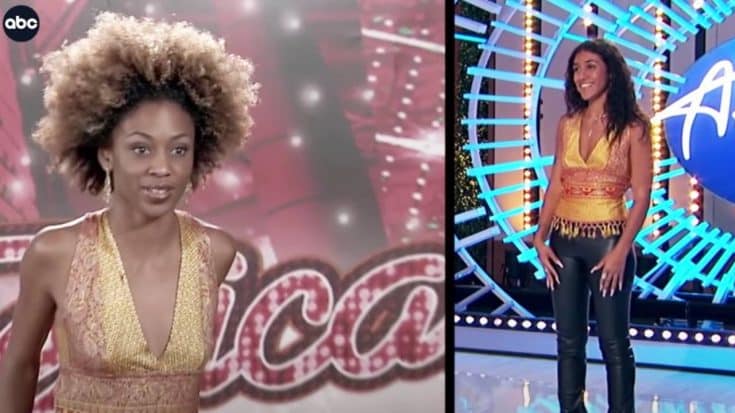 Season 4 of American Idol was one of the best in franchise history. The winner of that season was none other than Carrie Underwood.

The finalists she had to beat out were runner up Bo Bice, Vonzell Solomon, Anthony Fedorov, Scott Savol, Constantnie Maroulis, Anwar Robinson, and Nadia Turner.

Turner placed 8th, but she was a favorite since the very beginning – when she auditioned with Aretha Franklin’s “Until You Come Back To Me.”

When she competed on Fox’s American Idol, she had a 4-year-old daughter named Zaréh. 17 years later, Zaréh auditioned for American Idol, now on ABC, but still hosted by Ryan Seacrest.

Zaréh actually didn’t even tell her mother she was auditioning, but brought her along anyway. She told Nadia that they were doing a mother-daughter spa day and blindfolded her in the car. When she got out of the car, Ryan Seascrest greeted her by saying, “This….is American Idol!”

Once the shock wore off, Nadia went into the audition room with Zaréh and Ryan, where she met the judges and Ryan told them who she was. Zaréh, a stylist, even revealed she was wearing the same top her mom wore when she auditioned!

Zaréh sang Jazmine Sullivan’s “Bust The Windows” and all the judges agreed that she has something special. They all voted yes to put her through to her the Hollywood!

Watch her full audition below.