By Jennifer Pernicano on February 3, 2022
Advertisement 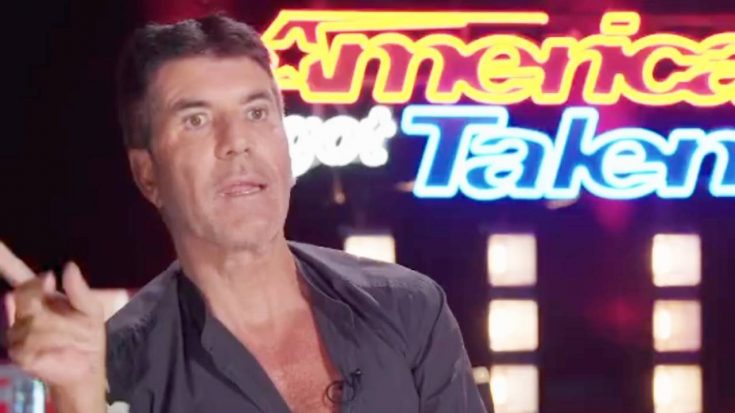 America’s Got Talent judge Simon Cowell is recovering after crashing his electric bicycle for the second time in a year and a half. The 62-year-old was briefly hospitalized in London last week after he broke his arm when he fell off his bike, according to PEOPLE.

TMZ reports that Cowell was riding the bike in London on Thursday (Jan. 27) when he turned a sharp corner on a wet road. The bike’s tires slipped, causing Cowell to crash. Sources reported to the outlet that Simon broke his arm, badly bruised his cheek and possibly suffered a concussion. Cowell was treated and released the same day and is currently at home recovering.

The Sun reported that Cowell was found “blood-soaked” and it is also likely that he suffered a concussion from the accident. Although someone told People that Cowell was “absolutely fine,” The Sun reported that an onlooker said “Simon is lucky to be alive. He was pedaling along, with his electric motor on, when the wheels suddenly went from under him after hitting a wet patch. He slipped and went flying over the handlebars into the middle of the road.”

A few days after his accident, Cowell told the Daily Mail: “I’m OK. I’m feeling much better thank you. It happened just round the corner. . . . I’m a bit of a nutter. I’ll definitely wear a helmet next time.”

This isn’t the first time Cowell has been in a serious bike accident.

In August 2020, Simon crashed his electric bike at his Malibu, California, home and broke his back in three places. Reps for Cowell told PEOPLE at the time that “Simon had surgery overnight and is doing okay this morning. It was a five-hour surgery and he has had to have a number of fusions and metal rod put into his back. He landed on his back when he fell from the bike. The injuries are bad but he’s also been told he was lucky.”

The Daily Mail reports that Cowell was released from the hospital with a cast on his arm.