By Miranda Raye on April 5, 2019
Advertisement 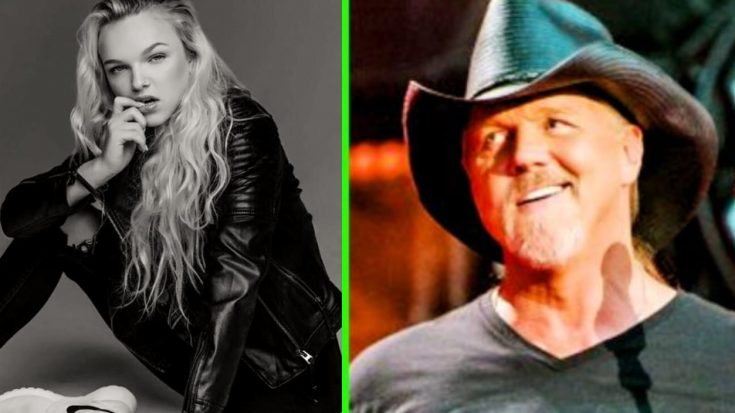 Remember When Trace’s Daughter Was In A Music Video?

It doesn’t seem like 2006 was all that long ago. It was the year that Trace Adkins earned one of the biggest hits of his career with “Ladies Love Country Boys,” a swoon-worthy track that spoke a whole lot of truth.

But when you really stop and think about it, you realize that “Ladies Love Country Boys” debuted 14 years ago. And nothing puts that passage of time into perspective better than seeing current photos of Trace’s daughter Brianna.

You see, Brianna was no older than five when she had made an appearance in the “Ladies Love Country Boys” music video. She’s seen around the 2:30 mark for a brief moment as she waves to her father.

Trace’s Baby Girl Is All Grown Up

The second youngest of Trace’s five daughters (Tarah, Sarah, Mackenzie, and Trinity are the others), Brianna is now 19 years old. She has grown into a beautiful young lady, and her beauty was recently recognized by a modeling agency.

Taking to his Instagram, Trace gushed about the fact that Brianna had just signed with modeling agency AMAX Army out of Nashville. He shared some of her photos along with the announcement, noting how “proud” he was of her and all she has accomplished.

When you see these photos below, not only will you be amazed by Brianna’s beauty, but you’ll be blown away to see just how much she looks like her dad!

Follow Trace’s daughter Brianna on Instagram (@badkinss) and Twitter (@badkinss)! She recently signed with AMAX Army (@AMAXArmy) modeling agency and he couldn’t be more proud of her. ❤️

She really is her father’s spitting image, isn’t she?

Need further proof? Then we’ve got plenty of other photos to show you. Brianna has an Instagram of her own, and the photos on it perfectly showcase just how much she looks like her famous father.

my 1st milkshke in my entire life


That photo above is a little older, so take a look at some of her newer pictures to get an even better idea of how similar Brianna and Trace are.

There’s no denying that she’s her father’s daughter!

breaking in the new hiking boots with my favorite human


Isn’t she gorgeous? Trace has every reason to be proud of his baby girl, who’s ready to conquer the world as a model now!

You may find it hard to believe that Brianna is as grown up as she is. It’s likely you best remember her as the little girl in the music video for “Ladies Love Country Boys.”

Take a walk down memory lane with us as you watch Brianna’s starring role in that video below. Time sure has flown by since then!