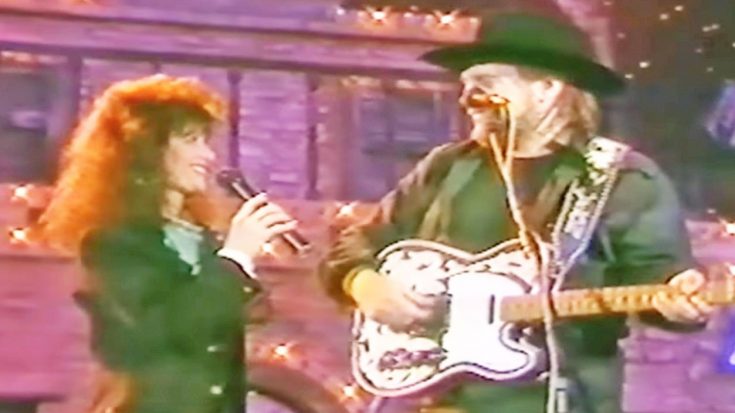 There’s no doubt about it – Waylon Jennings and Jessi Colter were madly in love. Every time they shared the stage, this was so apparent.

While we aren’t sure when this performance took place, we do know one thing – they couldn’t keep their eyes off of each other! Their love for each other is so infectious and we can’t help but smile throughout the entire thing.

Jennings was extremely flirty towards his wife, especially around the 40-second mark when he started caressing Colter’s chin, then playfully licked his finger and jokingly tried to wipe of a smudge from her face.

The first couple of outlaw music recorded the song in 1970, a year after they were married, and it went to number 25 on the Billboard country chart. It was re-released in 1976, peaking at number two and was included on the groundbreaking album Wanted! The Outlaws.