Waylon Jennings’ Grandson Sounds Just Like His Grandpa During Cover Of “Lonesome, On’ry and Mean”

By Jennifer Pernicano on November 9, 2021
Advertisement 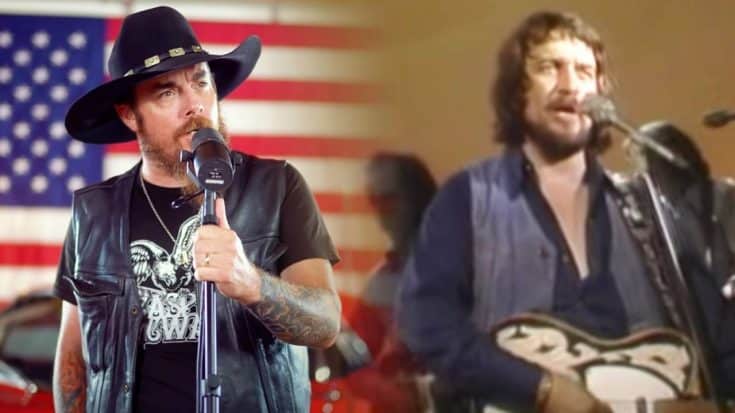 Before Waylon Jennings passed away in 2002 at the age of 64, his eldest child, Terry, decided to write a book about their life together. Terry wanted the world to know about his unique relationship with his superstar father. Waylon: Tales of My Outlaw Dad details their family history, Waylon’s three divorces and ultimately finding lifelong love with Jessi Colter.

It also details how he followed in his father’s footsteps. He dropped out of high school when he was just 15 years old to join his dad on the road and began selling t-shirts. He eventually worked his way up to becoming drummer Richie Albright’s tech and stage manager while taking advantage of his rock star lifestyle.

Along the way, Terry had children of his own. His eldest, a son named Whey, fell in love with music at a very young age during one of his “Grampa” Waylon’s shows.

“He was just a boy at one of his Grampa Waylon’s shows and his Grama Jessi had just left the stage after singing ‘Storms Never Last’ when she sat her mic in the chair backstage,” his band’s Facebook page states. “Young Whey picked up the mic and pranced out on stage and began singing ‘Mama’s [sic] Don’t Let Your Babies Grow Up To Be Cowboys’. His Grampa then gave a, ‘Hey, hold up there hoss, wait for me’ and went to pickin’ and when the song was thru [sic] the crowd went nuts and it was on that day that Whey fell in love with music.”

Whey often pays tribute to Waylon at his live shows. Most recently, he stopped by the Country Rebel Ranch to perform his Grampa’s song “Lonesome, On’ry and Mean.”

“Lonesome, On’ry and Mean” was the lead track on Waylon’s 1973 album of the same name. It was written by Steve Young, who not only had hits of his own like “Seven Bridges Road,” but also wrote many hits for other country legends including “Montgomery In the Rain” by Hank Williams, Jr.

Once you press play on Whey’s video, you will hear just how much he sounds like his legendary grandfather! We know Waylon is looking down on his grandson, smiling with pride. Watch Whey’s performance below.