What Is Laine Hardy’s Prize For Winning ‘American Idol’? 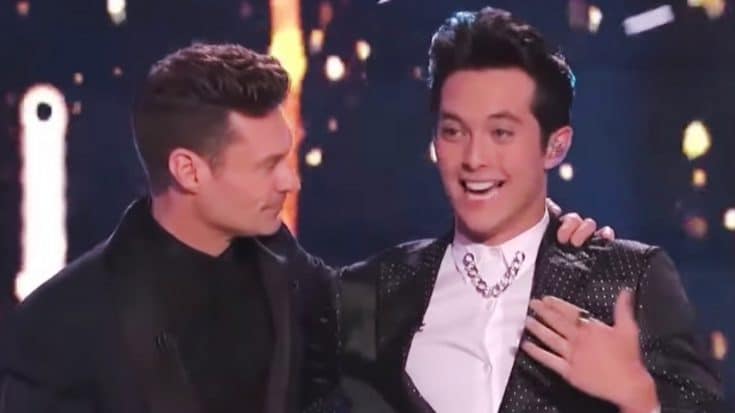 The second season of ABC’s rebooted American Idol finale aired on Sunday night (May 19). Each of the final three contestants performed for the last time, vying for America’s votes to crown them this season’s champion.

After weeks of auditioning, and over a month of live competition, the season finally came to an end and the Bayou Boy himself, Laine Hardy, was named this season’s champion.

His road to being an American Idol was an interesting one, having started his journey on the show well over a year ago. He auditioned during ABC’s first season and made it to the Top 50. This year, he came back, but only to play guitar for his friend Ashton Gill, who was auditioning. The judges convinced him to sing them a song and he was offered a coveted golden ticket to Hollywood immediately.

Since then, Hardy has been a frontrunner with his gravelly vocals and his classic song choices such as “That’s All Right” by Elvis Presley and “Johnny B. Goode” by Chuck Berry. But now that he is THE American Idol, what does that get him?

According to The Blast, he will take home a total of $250,000 and will get signed to Hollywood Records.

A $300,000 budget is allotted by the record label as an advance and the contract states that Hardy will eventually have to pay back 50% of the marketing costs spent on him.

According to PEOPLE, Idol prizes used to be a lot more lucrative back in the day. For example, when Carrie Underwood won in 2005, she took home $1 million recording contract, a Ford Mustang, and use of a private jet.

The first nine winners of American Idol were signed to a $1 million recording contract, but after the show was re-vamped the prize money was also.

Watch Hardy’s winning moment, followed by his debut song “Flame” in the video below.