When Is “American Idol” Returning? – We Finally Have The Answer 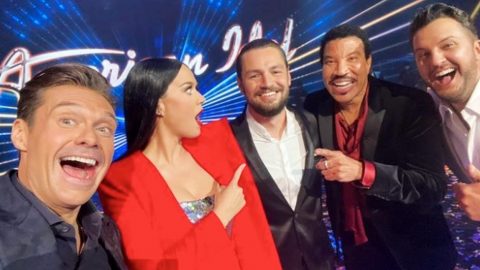 The last season of American Idol wrapped up on May 23. Chayce Beckham was named the winner of the season, and Willie Spence was the runner-up.

Auditions for Season 20 have been held throughout the latter part of 2021. But even though the Idol judges and crew have been hard at work, fans had no idea when to expect the next season.

The show began teasing its Season 20 premiere date. In November, they tossed fans a bone by sharing that “Season 20 starts in early 2022!”

After waiting for an exact release date for so long, Idol fans finally know when Season 20 will debut.

On Thursday (December 2), Idol announced the premiere date for its next season. The show shared the exciting news alongside a photo of its judges and host.

“Time to find America’s next SUPERSTAR!” Idol captioned the photo. “On Sunday, Feb 27 at 8/7c, join music legends and your favorite judges @lukebryan, @katyperry, and @lionelrichie, along with host @ryanseacrest, for the historic 20th year of #AmericanIdol on ABC! Stream on Hulu.”

We have our calendars marked for February 27! Who else can’t wait to watch the new season of Idol?

In the meantime, look below to enjoy a performance from last season’s winner Chayce Beckham. Someone else will soon follow in his footsteps!