By Jennifer Pernicano on July 22, 2022
Advertisement 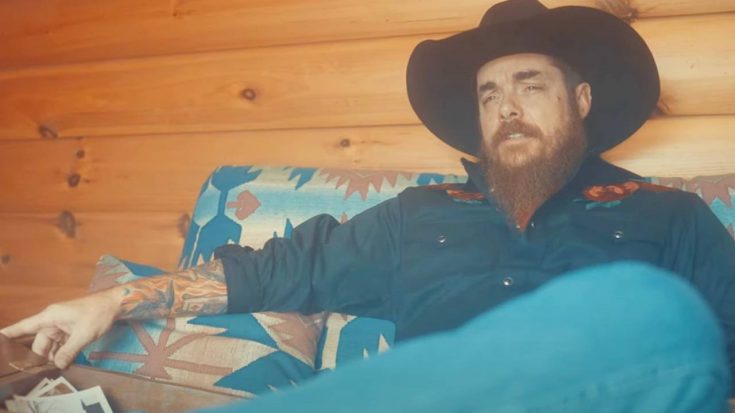 Whey began going to their shows at a very young age and seeing the magic they produced on stage inspired him to become a musician himself. Due to the drive he inherited from his grandparents, Whey has begun to make a name for him in Nashville with releases like “Gypsy Soul.”

Whey is continuing his success with the Friday, July 22nd release of a brand-new song, titled “The Gun,” as well as its accompanying music video. “The Gun” is the second single from his new EP If It Wasn’t For The Sinnin’. Once you press play on the video below, there will be no doubt that this man’s last name is Jennings, but he sets himself apart from his famous grandfather with a kind of grit we haven’t heard in years, perhaps even decades.

Of his new release, “The Gun,” Whey said:

“‘The Gun’ is a song that means a lot to me. I am a firm believer in the Second Amendment and our right to bear arms.  I believe that we have the right to protect our family and the ones we love.  This song has been so well received live. It was written by CJ Garton and it feels like something I would write. It’s a fan favorite and it’s really unique in that it’s from the perspective of the Gun…like the Gun is actually singing the song and telling you it’s story.”

Like he explained, Whey sings from the point of view of of a gun, and about different tragedies – including military deaths – that occur because of a gun. He shows images and videos of military funerals, the Tomb of the Unknown, but in the chorus, Whey sings, “I ain’t to blame, Lord I ain’t the one. Always remember that I’m just a gun.”

Whey, as the gun, says he’s been handed down from generation to generation, a hero to some, a villain to others, helped a miner protect his hard-earned gold, has been banned, bought, stolen, and sold. Reiterating his point of view, Whey closes the song out by singing, “America, remember, that I’m just a gun.”

Watch Whey’s music video for the powerful song “The Gun” below.