Why Blake Shelton Will Not Write Songs With Gwen Stefani Anymore

By Jennifer Pernicano on March 22, 2021
Advertisement 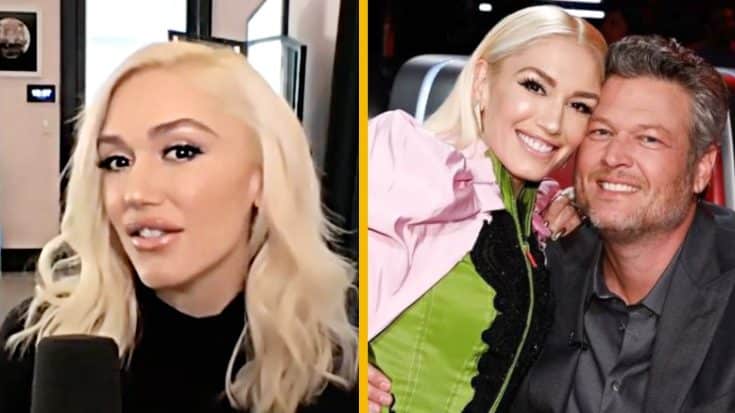 Blake Shelton’s fiancée, Gwen Stefani, recently appeared on DJ Khaled’s The First One podcast to explain how the country star fits into her songwriting process.

During the interview, Stefani, 51, explained that she was used to writing with a group of people while performing with her band, No Doubt. Now, as a solo artist, it is still essential for her to collaborate.

“He [Shelton] has a really good ear for hits, or just songs that are just the ones that we all like,” Stefani explained. “So I definitely lean on him a lot.”

Still, while Stefani values Shelton’s opinion, she explained that the two no longer write together as a couple. Previously, the two have written three songs together, including a Christmas song.

“I wish he would write with me, but he doesn’t really write anymore,” Stefani admitted.

While Shelton has an excellent ear for music, Stefani admits that he does not have a passion for songwriting. The “Let Me Reintroduce Myself” singer also jokingly admits that his lack of interest in collaboration makes her “mad.” Stefani stated:

“But he just doesn’t like writing that much. It makes me so mad.”

Watch Gwen’s full interview in the video below.