Wild Bison Returning To UK For First Time In 6,000 Years 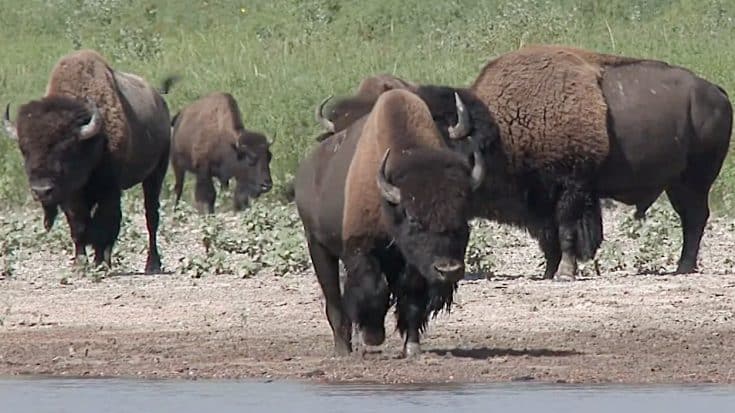 Wild bison will be returning to the United Kingdom for the first time in over 6,000 years, according to the Guardian. The bison were all wiped out due to overhunting and now there’s an agenda to release a small herd into the region of Kent in the spring of 2022.

Bison to return to the English countryside https://t.co/FNymwW907j

The bison will be coming from the Netherlands or Poland. The project to reintroduce the animals back into the wild will cost an estimate of $1.2 million, paid for by the Kent Wildlife Trust and the Wildwood Trust, which both aim to restore the Blean Woods ecosystem back to its original form.

A group of conservationists will be working together over the next 18 months to build a massive fenced-in 370-acre enclosure to house the bison. Once the fence is up and the bison get settled into the area, they will allow people to visit and see the creatures under the supervision of the park rangers.

“This will allow people to experience nature in a way they haven’t before,” Paul Hadaway, from Kent Wildlife Trust said.

The bison kill off trees which naturally regenerate the former pinewood plantation and create glades in the shrubs which boost insect, bird, and plant life. In the initial release, they will release one male and three females to form the herd. It’s expected each female will have one baby survive each year and the repopulating will get started there.