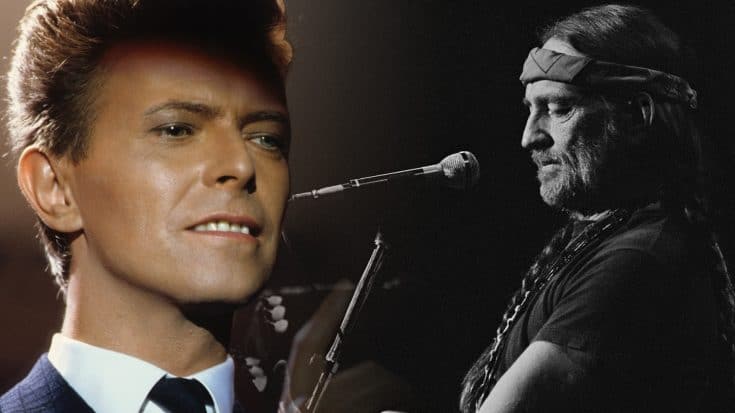 Willie Nelson has teamed up with the famous lead singer of Yeah Yeah Yeahs, Karen O, and they covered David Bowie and Queen’s classic hit, Under Pressure as a brand new release!

Karen O knew that her friend Johnny Knoxville was close with Willie so she asked him to let Willie know that she’d love to work with him one day…and the rest is history!

Nelson’s daughter, Amy, told Knoxville to have Karen O send the song over and that Willie would be happy to lend his voice to any song that she chose.

Choosing a song proved tough, however.

“At this point, my mind was melting, but I had to focus and pull a song out of the ether that was worthy of a living legend and spoke to the people in troubled times – not an easy assignment. Then, like a bolt out of the blue, ‘Under Pressure’ came to mind—I’ve heard this song countless times without processing the gravity of what Bowie and Freddie were singing about, maybe because their performances are so exhilarating, you get swept away in the high of that duet.”

Check out the pair’s vocal magic on the classic hit below!