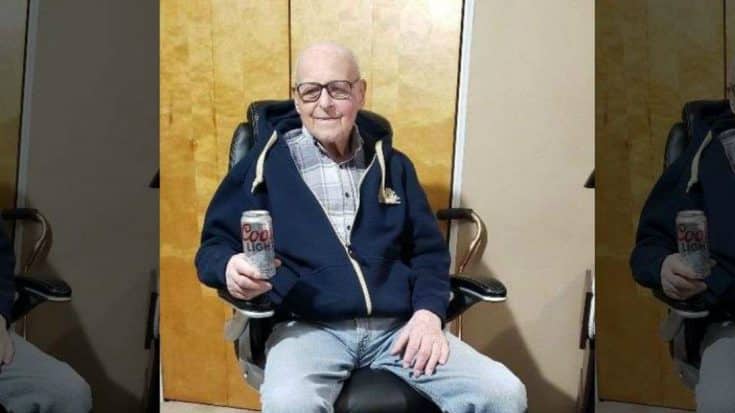 The health benefits of beer have long been debated, but a 102-year old WWII veteran’s family claims that the drink has provided him with more than just good health…it’s given him a long life.

Andrew E. Slavonic, who served as a gunner on both the B24 Liberator and the B17 Flying Fortress during WWII, celebrated his 102nd birthday on December 1st. Last year, the Air Force veteran celebrated alongside his family and friends who revealed his secret to a long life….he drinks a Coors Light every day at 4 p.m.

“In 1996, he actually started drinking regular Coors beer,” Bob Slavonic, Andrew’s son told Fox News. “He switched to Coors Light beer about 15 years ago. I think I am the one to blame for the switch because that is all that I have been drinking for about the past 25 years.”

The elder Slovanic’s longevity could also be credited to the fact that he was determined to remain as independent as possible for as long as he could. According to his son, Andrew mowed his own lawn and shoveled snow until two years ago. But, there may be something to Slovanic’s daily brew.

Recent studies claim that the health benefits of beer are legitimate. Beer contains a unique combination of ingredients that include antioxidants, calcium, potassium, zinc, fluoride and more. In addition, the malty beverage is said to offer relief from digestive stress and also carried anti-anxiety and anti-inflammatory properties that may benefit your skin.

But, you don’t have to drink beer to enjoy all it has to offer. Catherine Zeta Jones, actress and wife to Hollywood legend Michael Douglas, swears that conditioning her hair with beer is the secret to her luscious locks.

“I do condition my hair with honey and beer,” Zeta Jones told Daily Mail in 2009. “I smell like the bottom of a beer barrel for days afterwards but it’s very good for the hair.”

It’s important to note that the health benefits of consuming beer only work if it’s done in moderation. Overindulgence can override any benefits. Healthline suggests that men older than 65 and women consume only one 12 oz. beer a day, and men 65 or younger drink two.

So, it sounds as if Andrew Slovanic has been on to something all along! Happy Birthday, Mr. Slovanic.