‘1883’ Actress Shares What She Learned Watching Tim McGraw, Faith Hill Together Off Screen 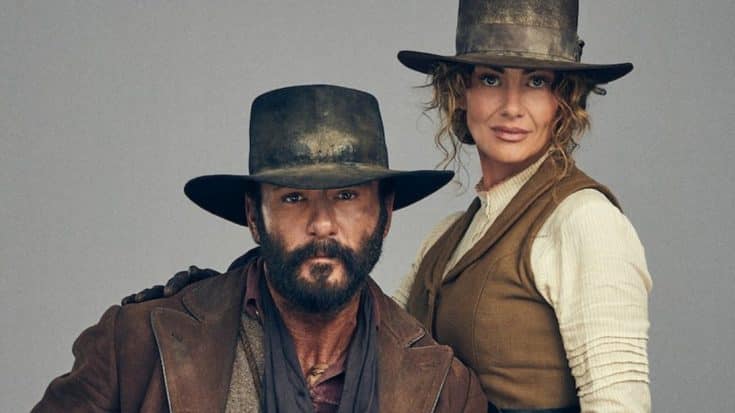 Faith Hill and Tim McGraw have been married 25 years and appear to have an ideal relationship. According to one of their fellow 1883 co-stars, what she has witnessed behind-the-scenes confirms that the couples’ love for each other runs deep.

Actress Isabel May stars alongside Tim McGraw and Faith Hill and plays the role of their daughter, Elsa Dutton, in the prequel to Yellowstone. In a recent interview, May confessed that she isn’t a country music fan and knew nothing of Hill and McGraw’s music prior to meeting them on the 1883 set.

She also dished on what the real-life husband and wife were like when the cameras weren’t rolling and said that they have “the ideal marriage.”

“What I love about their relationship is how much they respect one another,” May told WrapWomen during a recent interview. “When one of them would wrap for the day, they would sit and wait for the other to finish, no matter how late it got.”

May recalled watching the pair interact, saying, “They were unbelievably supportive of one another, but also respectful…neither was domineering about the other’s performance. It was just a really enlightening experience.”

“I certainly hope I have something like that in the future because that is the ideal marriage for sure,” May said.

Tim McGraw and Faith Hill first met in 1994 at a Country Radio Seminar showcase for upcoming country artists. But, their relationship didn’t take off until two years later when Hill joined the “Indian Outlaw” singer’s Spontaneous Combustion Tour. Tim knew within a few months that he wanted to marry Faith, but she kept rejecting his proposals.

“I actually asked her to marry me quite a few times but she kept saying no. She said, ‘I’m not gonna get involved with another country singer. It’s just not gonna work out,'” McGraw shared.

But, Faith finally gave in and accepted his proposal while the pair were playing an outdoor festival.

“She’s standing there and we’re talking and I said, ‘Look, let’s get married.’ And she says, ‘You’re asking me to marry you at a country music festival in a trailer house?’ And I said, ‘Well, it’s pretty apropos if you think about it.’ She goes, ‘Are you serious?’ I said, ‘Well, yeah, I’m serious’ – and then they called me and I had to go to stage,” Tim recalled.

After his set, the singer returned to his dressing room to find Faith gone. But, she had left a message behind for him.

“I looked at the mirror – in lipstick it said, ‘Yes. I’m gonna be your wife.’ We still have that mirror and it was the best day of my life, that’s for sure,” McGraw said.

On October 6, 1995, the duo said “I do” in a private wedding at Tim’s aunt’s house in his hometown of Rayville, Louisiana.

Hear Tim McGraw and Faith Hill talk about working together on 1883 in the video below.