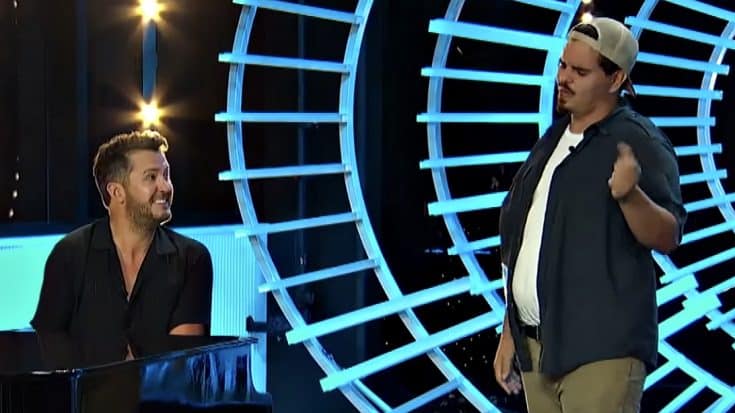 The season premiere of American Idol aired Sunday night (February 16) and brought with it plenty of tears, laughs and talented individuals seemingly unaware of how great they are.

One of those talents hailed from Alabama. Douglas Kiker, a 27-year-old garbage man and father from Mobile, had never sang in front of anyone before his American Idol audition.

“I sing on the back of the garbage truck. That’s it,” Kiker told the judges who asked what kind of experience he had.

His inexperience and nervousness was obvious as he began to sing Rascal Flatts’ “Bless the Broken Road” a cappella. But, it was also obvious that Kiker had a raw talent that was just waiting to be unearthed. And, the judges recognized it and gave him another chance.

“I want to hear a little bit more. Show us your range,” Katy Perry said, to which Kiker responded, “I don’t know what that is. I’m sorry.”

“Show us what you can do with your voice,” Perry said. Kiker replied, “I’m still trying to figure that out, too.”

Country judge Luke Bryan then took a seat at the piano and began to play the introduction to the song. Kiker joined in and what transpired brought Katy Perry to tears.

Kiker began to cry as they judges praised him.

“That was not garbage. It was greatness,”Perry told Kiker after he received a coveted ticket to Hollywood. “You just stay who you are and you’re going to go so far. And you’re going to take your daughter to all the highest heights.”

We don’t know about you, but we’re rooting for Doug Kiker and hope to see him go far in the competition and in life. Check out his full American Idol audition in the video below.