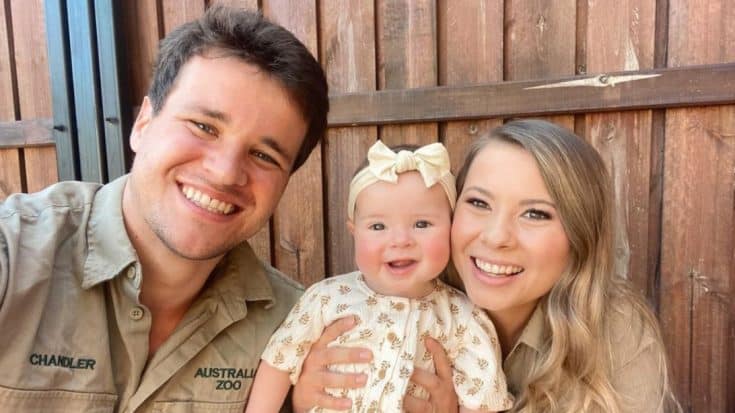 Bindi Irwin and Chandler Powell’s daughter, Grace Warrior, may only be 10 months old, but it’s clear that the apple didn’t fall far from the tree, per a new interview with Bindi, her mom Teri and brother Robert.

While speaking with Entertainment Tonight, Bindi revealed that baby Grace’s best friend is none other than a 400-pound tortoise.

“Her best friend’s a giant Aldabra tortoise. When he sees Grace he runs across his paddock, which is huge, and if you’re a tortoise you can’t really run very fast,” Bindi shared. “But, he does his best…runs across the paddock to see her and just sits. She tries to pat him and she just ends up kind of hitting him on the head. They love each other! It’s the funniest thing you’ve ever seen. I love that my daughter’s best friend is a tortoise.”

Bindi’s mom, and the widow of the late Steve Irwin, said that she sees much of her husband’s spirit in their granddaughter.

“I think she’s got that determination that Steve had and that connection with wildlife,” Terri said of Steve who died in 2006. “Because it is weird to see animals just gravitate to her. So she’ll go out in the morning in the stroller, and all the kangaroos just gather around her like they’re having a meeting.”

Bindi adds that even the koala bears “literally climb out of their trees to come see her.”

Bindi and her family have documented little Grace’s life at the Australia Zoo with social media posts and photos of her interactions with animals. Check out some of our favorites below.