By Tiffany Smithson Aaron on May 20, 2019
Advertisement 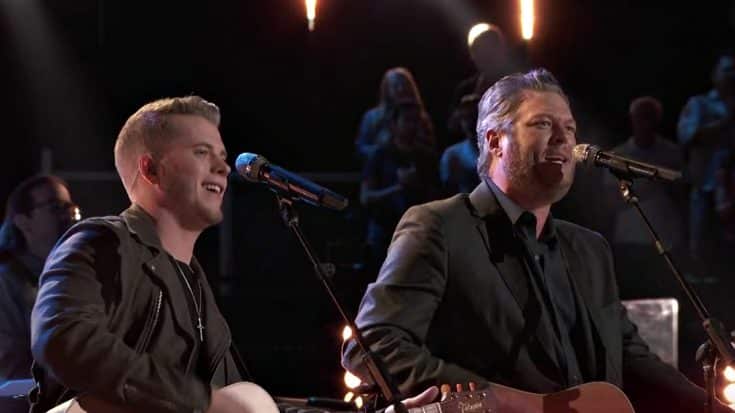 Only four vocalists remain standing in The Voice Season 16. Part one of the season finale aired Monday night (May 20) and gave each of the finalists one last chance to earn the public’s vote before the winner is crowned on Tuesday.

First-time coach John Legend has one representative in the finale, while veteran coach Blake Shelton’s team fills the remaining three spots. Each of the finalists had the opportunity to perform with their coach, perform an original debut single, and a cover song.

25-year-old Louisiana native, and arguable season frontrunner, Gyth Rigdon joined his coach Blake Shelton for a cover of “Take It Easy.” The song was the first single from legendary rock band The Eagles in 1972. Country star Travis Tritt recorded the song for the Eagles tribute album Common Thread: The Songs of the Eagles in 1994. Tritt requested that members of the Eagles reunite to appear in his music video. Don Henley, Glenn Frey, Don Felder, Joe Walsh and Timothy B. Schmit obliged, even though they hadn’t spoken in years.

Glenn Frey, who had been the long hold-out during previous reunion attempts, gave in to Tritt’s request which served as a reminder to the band just how magical their partnership was.

“After years passed, you really sort of remember that you were friends first,” Glenn Frey explains in a 2013 Eagles documentary. “You have a lot of common history together and a lot of shared experiences. I remembered mostly the good stuff… I just remembered how much we genuinely had liked each other and how much fun we’d had.”

Blake Shelton and Gyth Rigdon’s stellar tribute performance during The Voice finale Monday night reminded us once again about the greatness of the Eagles and the impact their music has had on today’s artists.

Hear Blake and Gyth sing “Take It Easy” in the video below.