Blake Shelton Says New Album May Be His Last, Find Out Why 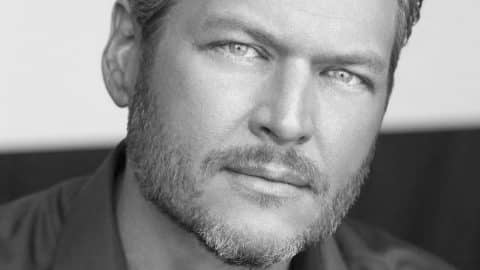 Country superstar Blake Shelton revealed the stunning cover for his new album, If I’m Honest, on The Voice Monday night. The gorgeous cover features a black and white image of Shelton with a blue and white text overlay. The 15-year country music veteran was asked by Daly what he is going to say about his next album. Shelton joked that he won’t be making another album. “That’s probably going to be my last album. I think this is my last album. I’m just a coach on The Voice from now on.”

In a press release about If I’m Honest, Shelton said “This is the most excited I’ve been about a new album since the release of my second record.” We have to admit that we’re a little excited too! If Shelton’s lead single from the album is any indication, we’re in for a huge treat.

If I’m Honest will be released May 20.

Watch Blake Shelton and Carson Daly reveal the cover to If I’m Honest in the video below.