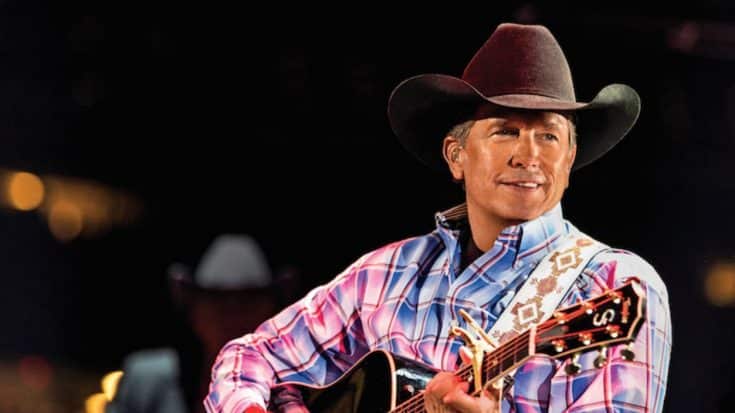 It’s been nearly two years since George Strait walked away from touring for good, but the King of Country proved Saturday night that he still has it. For the first time since June of 2014, Strait returned to the stage, the first of a much-anticipated series of concerts at the new T-Mobile Arena in Las Vegas.

Strait played to the sold out crowd for more than two hours and included nearly three dozen songs. The King of Country’s fans got a special treat when he took the time to honor the late Merle Haggard by performing a medley of Haggard’s hits, “Mama Tried,” “The Fightin’ Side of Me,” and “My Life’s Been Grand.”

“It was such a sad day for all of us because he was such a huge influence on my and all the guys up here,” Strait said of Haggard. “It’s so sad that we’ll never be able to see Merle perform live again. His music will live on forever.”

Watch George Strait’s touching tribute to Merle Haggard from Saturday night’s concert in Las Vegas in the video below.