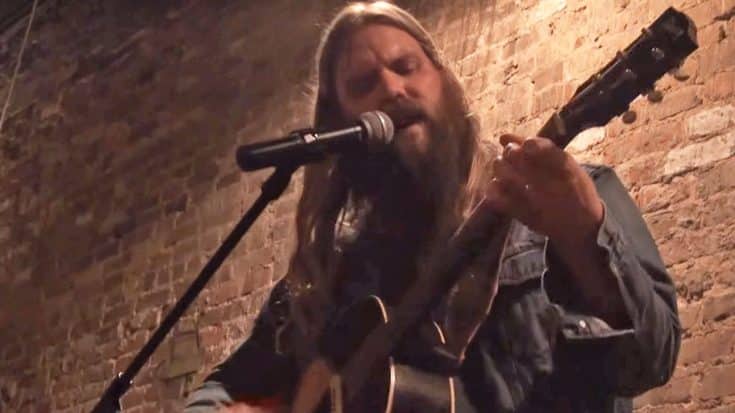 Numerous tributes to Prince have made their way to YouTube in the days since the pop superstar’s death last week. Among the musicians paying their respects to the star was Chris Stapleton who performed a stunning rendition of the Prince-penned tune “Nothing Compares 2 U” at the Greek Theater in Berkeley, California Saturday night (April 23).

Stapleton closed out his show with an encore performance of the song originally performed by Prince in 1985 and later made popular by Sinead O’Conner in 1990.

Stapleton’s cover of “Nothing Compares 2 U” was somewhat of a surprise as the reigning CMA Male Vocalist of the Year recently admitted to Rolling Stone Country that covering Prince would be a daunting task.

“He’s a tough one to cover. There’s a lot going on there. He had a lot of range,” Stapleton said.

We think that Chris Stapleton nailed last night’s performance of “Nothing Compares 2 U” and we’re sure that Prince would have approved!

Watch Stapleton perform the song below.