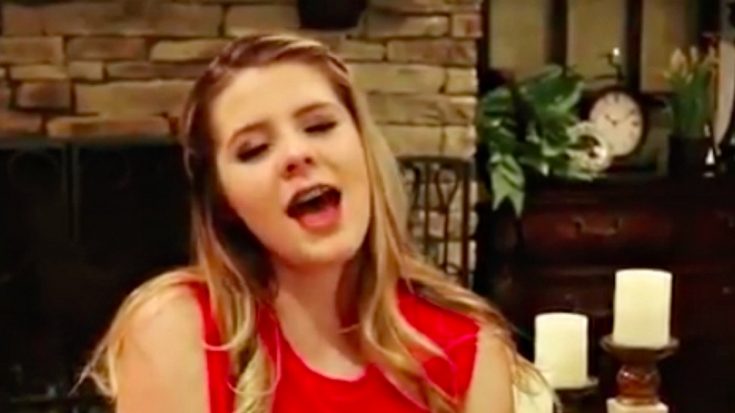 Few music duos have left a lasting impression on country music quite like Wynonna and Naomi Judd. The seven-time CMA Vocal Group of the Year had a short-lived, but incredibly successful career leaving songs such as “Love Can Build A Bridge” and “Why Not Me” in their wake.

While their time touring as the most successful mother-daughter duo in music history only lasted 8 years, The Judds accomplished more than many artists do in a lifetime. Grammy Awards, Country Music Association Awards, platinum-selling albums, and chart-topping hits…you name it, and the Judds have accomplished it.

The Judds’ first No. 1 song hit the top of the charts in 1984. The second release from their debut album, “Mama He’s Crazy” is one of the duo’s most recognizable tunes and one that is often covered by talented vocalists on social media.

In a video posted to YouTube, 14-year-old Ashleigh Taylor sang a stripped-down cover of “Mama He’s Crazy.” The talented teen shows off her incredible vocal skills and ability to transform a country classic. Ashleigh Taylor is the daughter of gospel great Jason Crabb, and it’s apparent that she’s inherited her dad’s famous pipes.

Check out Ashleigh Taylor singing “Mama He’s Crazy” by the Judds below. To hear more of Ashleigh’s music, click here.