5-Year Old, Claire Ryann, Lends Her Voice To “Let There Be Peace On Earth” 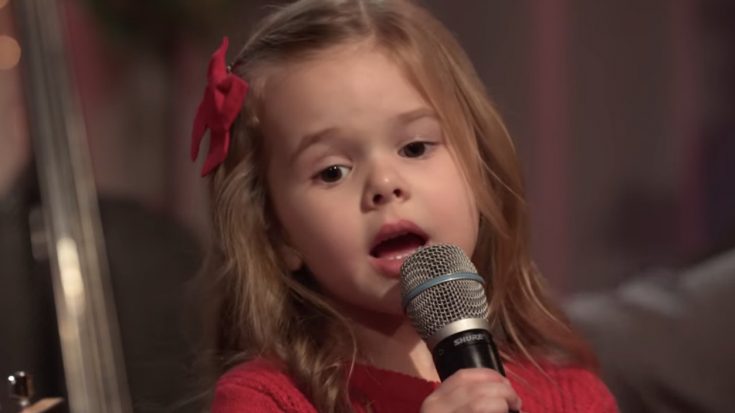 Nothing is quite as special as hearing a child sing, especially at Christmas time.

When she was only 3-years old, Claire Ryann captured our attention with her adorable  Disney theme song covers like “Part of Your World” from The Little Mermaid, “Beaty and the Beast” from the movie of the same name, “See The Light” from Tangled, and “You’ve Got a Friend In Me” from Toy Story. With nearly 50 million collective YouTube views, Claire has become one of platforms biggest stars.

Recently, Claire was joined by other YouTube stars to perform a benefit concert in New York City as part of the #LightTheWorld service campaign. During the concert, Claire performed “Let There Be Peace on Earth.”

The inspiration for the song selection came while Claire’s dad, Dave Crosby, was watching a 60 Minutes special on children in Syria. He saw how miserable they were, and the song came to mind. His daughter’s innocence combined with the words of that song just might reach someone who needs it, he thought.

“I just hope that message coming from someone as innocent as Claire will inspire people to help each other and be kind to each other.”

Hear Claire Ryann sing “Let There Be Peace on Earth” in the video below.