By Megan Dinsdale on July 30, 2015
Advertisement 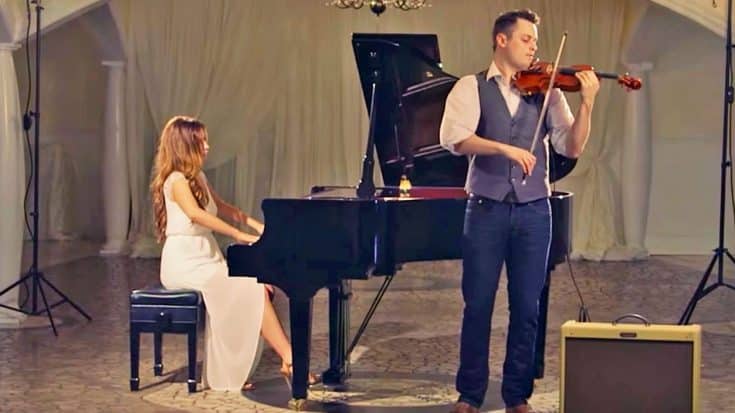 Whoa. We have been rendered speechless. When we found this, we just had to share it with you because it’s absolutely stunning. This looping, one-take performance of Leonard Cohen’s “Hallelujah” is just begging to be seen. Violinist Rob Landes and pianist Aubry Pitcher take the popular song to a whole new level with their spectacular rendition.

Utah-native Rob Landes started playing the violin at age three and since then has become an award-winning musician.  His skills definitely shine through in this performance. The other half of the duo, Aubry, plays the piano with ease, further giving us a reason to drop our jaws and wonder if what we experienced was indeed real.

You have to see it to believe it, folks. Goosebumps will happen.