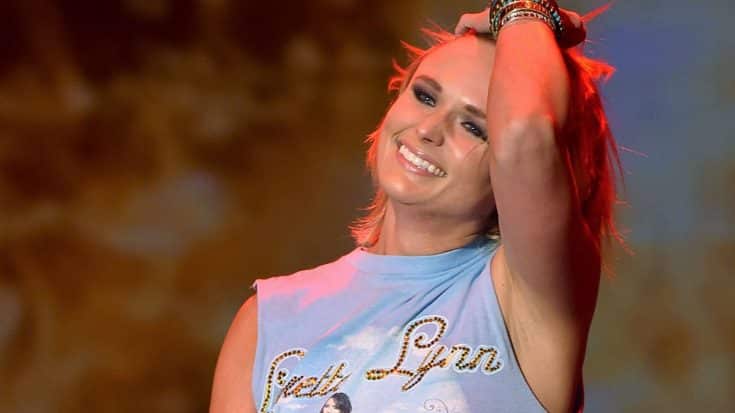 Miranda Lambert recently added a new, furry member to her family, and she couldn’t be happier!

A friend of Miranda’s found the cat on a highway in Arkansas, and brought it to Miranda. Known to never turn away strays, Miranda welcomed the new cat into her house with overwhelming love and attention.

"Play me a song Curtis Loew Curtis Loew" ….When your friend @harps226 comes to visit and says "oh by the way I picked up a stray kitten on the highway in Arkansas and it's in the garage". And then she smile's this innocent smile. Guess who has a kitten now? @muttnationfoundation #friendsthatrescue #curtisloewcat #cateyes #ohlordy

Little did Curtis know that he was actually a she!

Miranda just recently posted a photo to her Instagram explaining the whole mishap:

“So yesterday we were informed by the vet that Curtis Loew is a girl.”

The cat’s reaction in the photo is priceless, as Miranda simply continues to sip nonchalantly out of her mug.

Coffee Cat. So yesterday we were informed by the vet that Curtis Loew is a girl. #coolestgirlnameever #itshardtotellonkittens? #oops #curtisthegirlcat

Curtis the cat will keep her new name, according to Miranda’s hashtags, and we think that’s awesome!

Miranda has such a love for animals, and it’s such an endearing quality.

She has even co-founded an organization called ‘Muttnation’, to stop animal homelessness, and promote pet adoption.

We think Curtis would agree that Miranda is doing an amazing job at living true to her mission statement.

Below is a video of Miranda getting emotional over helping animals through her organization.

Miranda Lambert will always be a huge supporter of animals, and we wouldn’t have it any other way.