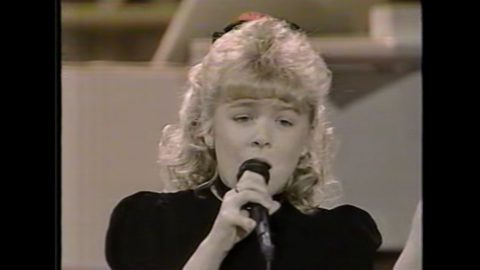 Long before American Idol and The Voice existed, the Ed McMahon-hosted talent competition Star Search dominated the airwaves. The show spawned more stars than any other talent show in history.

Pop stars Britney Spears, Justin Timberlake, Christina Aguilera, and the Backstreet Boys got their start on Star Search. A number of comedians including Ray Romano and Bill Engvall can also credit the show for their early success. But, it’s the number of country stars who got their feet wet on the Star Search stage that surprised us.

Billy Dean, Ty Herndon, Phil Vassar, and LeAnn Rimes are just a few of the country singers who once performed on Star Search.

Rimes was only 8 at the time of her Star Search appearance. By that time she was already a well-rehearsed performer with four years of experience under her belt. The “Blue” singer won her first Star Search round against fellow junior vocalist Levi Garrett. While Rimes wouldn’t go on to win the overall title, she did go on to become the youngest Grammy Award winner of all time just 6 years later.