An Outlaw’s Tale: How Waylon Jennings Made His Mark & Legacy In Country Music

By Miranda Raye on February 11, 2016
Advertisement 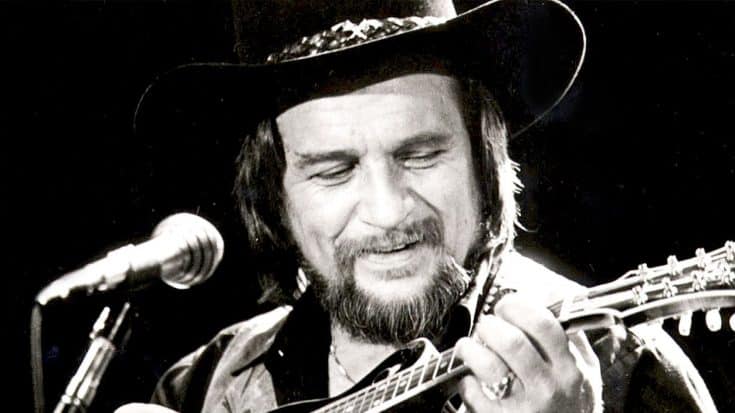 On February 2, 1959, a young bass player by the name of Waylon Jennings gave up his seat on a plane that ended up crashing near Clear Lake, Iowa, killing music stars Buddy Holly, J.P. Richardson, and Ritchie Valens. The day would later become known as “The Day the Music Died,” but Jennings and his music were given the chance to live.

Jennings’ career really kicked off in the 1970s, when he joined what was known as the outlaw movement in country music. The movement formed in opposition to the Nashville sound style, which tired to diminish the honky tonk influences of older country music.

Jennings joined the ranks of fellow outlaws and major country stars such as Willie Nelson, Merle Haggard, and Hank Williams Jr., and released an endless number of hit singles and albums. His 1976 compilation album with his wife, Jessi Colter, Nelson, and Tompall Glaser ended up being the first country album to ever be certified Platinum by the RIAA.

In the mid 1980s, Jennings and Nelson teamed up with Johnny Cash and Kris Kristofferson to form the country supergroup The Highwaymen. Over the course of their ten years together, the group released a total of three studio albums and had three singles make their way onto the charts, including the number one hit, “Highwayman.”

In addition to his highly successful music career, Jennings also appeared in movies and on television, famously starring as the balladeer and writing and recording the theme song in The Dukes of Hazzard.

In 2000, Jennings started to experience increased issues with diabetes, which limited his mobility and kept him away from performing as much as he wanted. Jennings’ diabetes continued to worsen over the course of the next two years, and he eventually passed away in his sleep on February 13, 2002 at the age of 64.

In honor of Jennings, we’ve gathered up two of his biggest hits, along with a tribute performed by one of his close friends and a modern-day outlaw, who is helping his legacy live on.

Originally written and recorded by Ray Pennington, “I’m a Ramblin’ Man” was released in 1967 and was a chart success, peaking at the 29th spot.

Eight years later, Jennings recorded his own version of the song, which soared to the top spot on the Billboard Hot Country Singles chart, becoming his second number one hit. The song was also a hit in Canada, where it peaked at the second position, and it even made its way onto the charts in Australia.

The song’s lyrics tell the story of a ramblin’ man that keeps traveling around the country, never finding a place to settle down. Even though he, “Left a girl in West Virginia/Up there where that green grass grows,” and also “Got a girl in Cincinnati/Waitin’ where the Ohio River flows,” he still can’t bring himself to stay put in one place for long.

Since the narrator knows that he will never be able to settle down, he warns anyone who tries to get too close to him, saying “Once I mess with the ol’ mind/Your little ol’ heart won’t be the same.”

In 1975, Jennings took to the stage at the Cowboy Jack Clement Show to perform his hit song “Ramblin’ Man,” which is now considered to be one of his trademark songs.

“Luckenbach, Texas (Back to the Basics of Love)”

Released in April 1977 as the first single off of his album, Ol’ Waylon, “Luckenbach, Texas (Back to the Basics of Love)” was another one of Jennings’ mega-hits.

After making its debut on the charts on April 16, 1977, the song hit number one a little over a month later, and held on to the position for a month total. The song was also a crossover hit for Jennings, peaking at the 25 spot on the Billboard Hot 100.

The song tells the story of a high society couple who experiences conflicts in their marriage over the pressure to maintain their reputations.  The narrator, who takes on the role of the husband, compares the couple to infamous Western enemies, the Hatfields and McCoys, singing, “This successful life we’re livin’/Got us feuding like the Hatfields and McCoys.”

In order to solve the couple’s problems, the narrator says they need to get “back to the basics of love” and consider relocating to the town of Luckenbach, Texas to get away from their high-society lives.

The lyrics mention Jennings in the song, as well as Nelson, saying “Let’s go to Luckenbach, Texas/With Waylon and Willie and the boys.” In addition to being mentioned in the song, Nelson provided guest vocals for the final refrain.

Although Nelson wasn’t always able to perform the song with Jennings, it was, and still is a crowd favorite, as made evident in the video of Jennings performing itbelow.

Although outlaw country experienced its peak popularity decades ago, there are a handful of outlaw country stars today who owe their success to pioneers such as Jennings.

One such outlaw is Travis Tritt, who has seven albums that have been certified Platinum or higher by the RIAA. Known for his hit singles such as “Anymore” and “Best of Intentions,” Tritt remains active as a performer, stopping in Newton, New Jersey for a show in 2015.

While sitting on a stool and strumming on his guitar, Tritt told the story of how he broke into country music, saying he was part of “the class of ’89,” which included other major country stars such as Garth Brooks and Alan Jackson. But unlike the others, Tritt says, “I stuck out like a sore thumb…people thought because I was riding horses and Harley Davidsons…they thought I was trying to be an outlaw.“

Even though that’s not what Tritt had originally intended for his career, that’s what ended up happening, and he met Jennings along the way. The two struck up a friendship and became so close that Tritt described Jennings as “almost like a second father to me.”

After Tritt finished his story, he decided to honor Jennings by playing a medley of some of his biggest hits, including “Are You Sure Hank Done It This Way,” “Mammas Don’t Let Your Babies Grow Up to Be Cowboys,” and “Good Ol’ Boys.”

We think that Tritt’s performance is one that would have made his good friend extremely proud.

Although Jennings’ death was untimely, we can’t forget that he could have been on that plane that crashed 43 years prior, and country music and the outlaw movement would have been much different than we know them to be today.

It goes without saying, country music owes a lot to the original outlaw and “good ol’ boy,” Waylon Jennings.