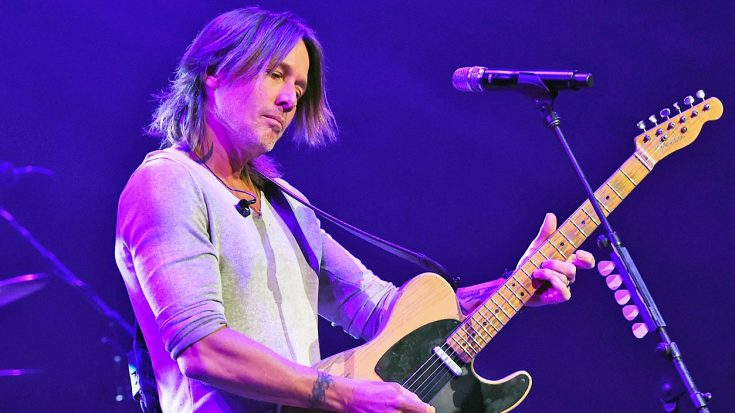 On November 8, Keith Urban dropped a brand-new single that instantly generated attention and praise. That song was “Female,” which serves a message of empowerment for women while also slamming misogyny and rape culture.

The song was written in October by Shane McAnally, Nicolle Galyon, and Ross Copperman mere days after the news of the Harvey Weinstein scandal went mainstream. During an interview with Nash Country Daily, Urban revealed that he heard “Female” for the first time the day after it was written, and knew he had to record it.

“I had an immediate reaction to ‘Female’—as a father of two daughters, as a husband, as a son, it just resonated with me,” Urban said. “I went and grabbed my acoustic guitar and started playing it right away.“

Urban recorded “Female” on October 31, along with backing vocals from his wife, Nicole Kidman, and Galyon. The track was ready for release by November 8, and it also made its live debut during the CMA Awards that night. Following Urban’s performance, his fellow artists flooded social media with praise for the song.

Is it possible for a song that comes out the day of the CMA awards to win one? Because @KeithUrban new song #female is song of the year. #whoa

Since the CMA Awards, fans have been looking forward to the release of a video to go along with “Female.” Well after weeks of waiting, fans finally have a lyric video to watch, and it’s a true work of art.

Unlike other lyric videos, which are sometimes just as elaborate as full-out music videos, the lyric video for “Female” is fairly simple. Urban never appears on the screen a single time. Instead, the focus is placed on the song and its words, which flash across the screen accompanied by splashes of color.

While most of the video is in forms of gray, black, white, or cream, everything is accented by a bright fuchsia color. This bold pop of color adds a brilliant touch to the video, and draws your eye to certain words and phrases that appear on the screen.

Speaking of eyes, a moving drawing of an eye is the only image we see throughout the entire video. It’s an interesting choice, as seems to serve as a symbolic way of representing what it’s like to look at life through a woman’s eyes.

You can witness all of the stunning visuals in the “Female” lyric video by viewing it below. After watching this, we look forward to seeing what Urban will do for its full music video one day.