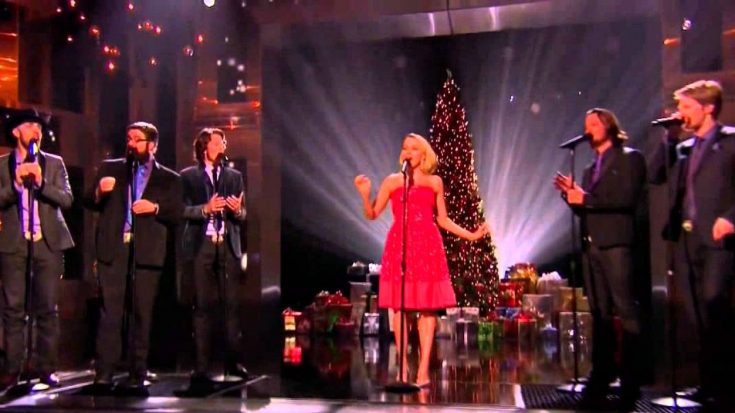 One of our favorite country groups is none other than vocal band Home Free. Ever since they took home The Sing Off crown in 2013, the a cappella group has proven over and over again that they are a force to be reckoned with.

From appearances on the Grand Ole Opry, collaborations with some of country music’s biggest stars, and amassing an impressive fan following, the quintet shows no signs of slowing down anytime soon. And, while their wildly popular covers of country hits like “Ring of Fire,” “Blue Ain’t Your Color,” and “Die a Happy Man” leave us slack-jawed, it’s the group’s stunning Christmas arrangements that draw us back during the holiday season.

During their run on The Sing Off, NBC’s short-lived a cappella singing competition, the guys of Home Free teamed up with one of the show’s judges, Jewel, for a beautiful take on the holiday classic “Have Yourself A Merry Little Christmas” during the season finale. Jewel, best known for her rise to pop fame in the ’90s, takes the lead on the tune as Home Free provides background vocals.

We think you’ll enjoy this flashback video of Home Free as they are joined by Jewel for “Have Yourself A Merry Little Christmas.”