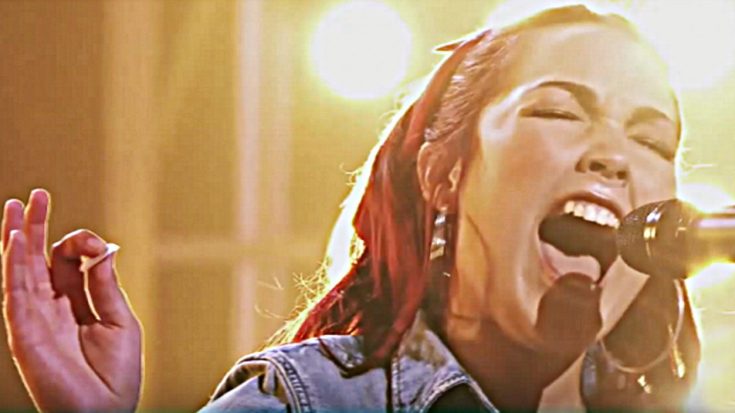 Giving a nod to the “Redneck Woman” herself, Gretchen Wilson, this young girl puts her best boot forward with a roaring and upbeat cover of this unforgettable country hit!

Wilson’s Grammy-winning hit song has become a sensational anthem for country gals everywhere and is often referred to as her signature song. Penned by Wilson and John Rich of Big & Rich, this 2004 hit helped her debut album go multi-platinum!

In a follow-up performance after being placed on a team during The Voice Australia’s 2014 season, young Talia Gouge gives her all in this tribute to Wilson and her famous hit.

All four coaches are watching intently as Gouge sings her heart out dressed in denim with red high heels and a dazzling red bandana on her head. She strums the guitar with great skill and sings this song in an effort to move into the next round.

Watch Talia Gouge’s performance of “Redneck Woman” in the video below and let us know how you think she did!