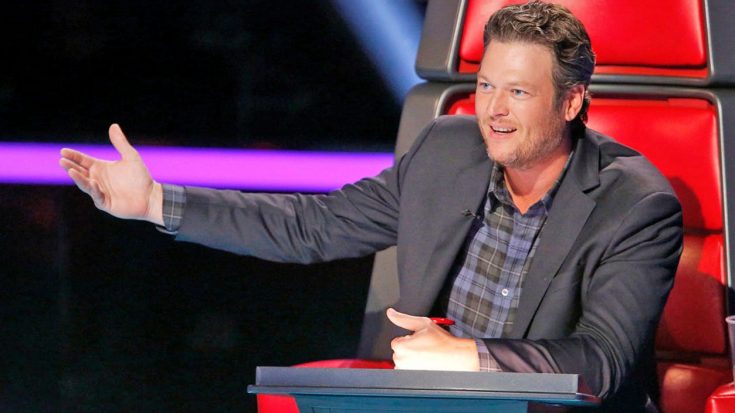 The final week of The Voice Season 12 blind auditions is underway, but not without some drama.

During Monday’s episode, a singer named Enid Ortiz covered “All I Ask” by Adele. Throughout the performance, coach Gwen Stefani repeatedly turned to Blake Shelton saying “She’s good. She deserves to be on.”

Even though all of the coaches were impressed by Ortiz, none turned their chairs until the very last second when Blake Shelton pushed his button. The move locked out fellow coaches Adam Levine, Alicia Keys and Gwen Stefani.

Levine called the move “The dirtiest thing I’ve ever seen.”

Shelton’s girlfriend and fellow coach Gwen Stefani called him a jerk and asked, “Is that cheating, what you did?” To which Blake responded, “Dang right.”

Shelton explained the situation to a puzzled Ortiz saying, “What happened back here is we were all going, ‘Is that as good as we think it is?’ And I’m like, ‘No, that’s no good.'” Shelton’s mind games worked on his fellow judges as none turned their chairs. But, as soon as Stefani’s attention was turned away from Shelton, he pushed his button and secured Ortiz as a member of Team Blake.

“I know I did some trickery there, but they had the whole song to hit their button,” Shelton argued.

Check out the video below to see Enid Ortiz’s stunning performance and to see the drama unfold as Blake Shelton’s fellow coaches turn on him.