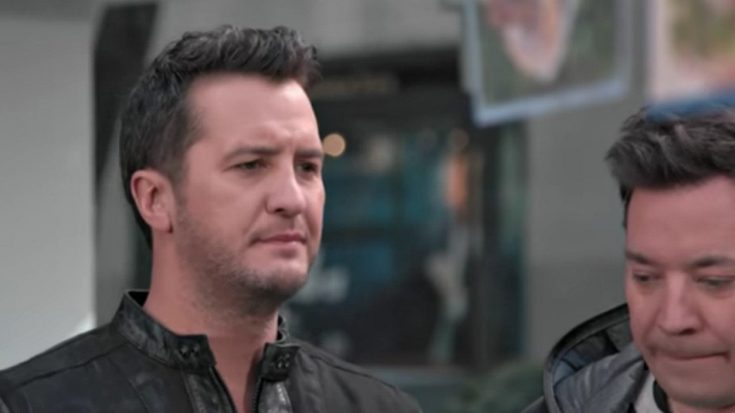 During a recent trip to New York City where he played the infamous Madison Square Garden, Luke Bryan took some time to catch up with his old friend Jimmy Fallon. As the two explored the Big Apple they encountered a problem as they stopped at a food cart for lunch.

In a skit that aired on The Tonight Show Monday night (March 13), Fallon and Bryan are seen ordering food from a cart when Bryan realizes that he doesn’t know how to pronounce “gyro.” The realization depresses Bryan and serves as the perfect intro to a hilarious music video titled “I Don’t Know How to Pronounce Gyro.”

Bryan kicks off the catchy tune with, “I was born in Southwest Georgia/ Always tried to make my daddy proud/ But of all the things I learned there/ Never learned to say that word out loud.”