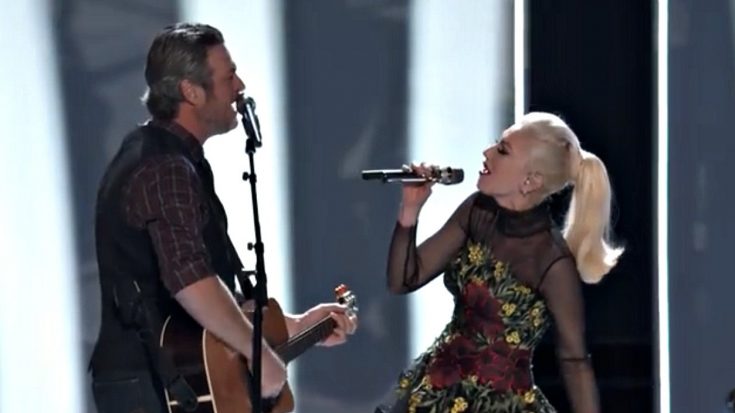 It was only fitting that Blake Shelton and Gwen Stefani would reunite on the very set on which their relationship started two years ago. On Monday, the couple teamed up for a performance of their adorable new Christmas song “You Make It Feel Like Christmas” during The Voice.

The song, that appears on Gwen’s new Christmas album of the same name, was a labor of love for the pair who share songwriting credits.

“She was so excited,” 41-year old Shelton told PEOPLE of the moment Stefani called to tell him about the song. “I love seeing her that happy. She’s so happy when she’s writing and just hearing that in her voice and how into it she was, I just couldn’t stop thinking about [it] so I got my guitar out and thought, ‘I wonder if I could help her in some way?’”

Shelton wrote the melody for the chorus and jotted down a few lyrics before sending it to Gwen. Shelton’s efforts turned into the first verse of the song.

“You Make It Feel Like Christmas” isn’t the first time the lovebirds have collaborated. Shelton’s 2016 album If I’m Honest featured the couple’s first duet, “Go Ahead And Break My Heart.” In an interview with PEOPLE at the time of the album’s release, Shelton called the song “very personal” and revealed “some serious insecurities that we had when we first started down this road with each other.”
“We both had trust issues. We were getting over it, but we wrote this song about it. And it’s perfect. I couldn’t be happier about that song and the way it came about and the honest way … It is like people getting a look at something personal for the first time,” Shelton said.
If the audience response to their duets is any indication, we expect to hear many more collaborations from Blake and Gwen!