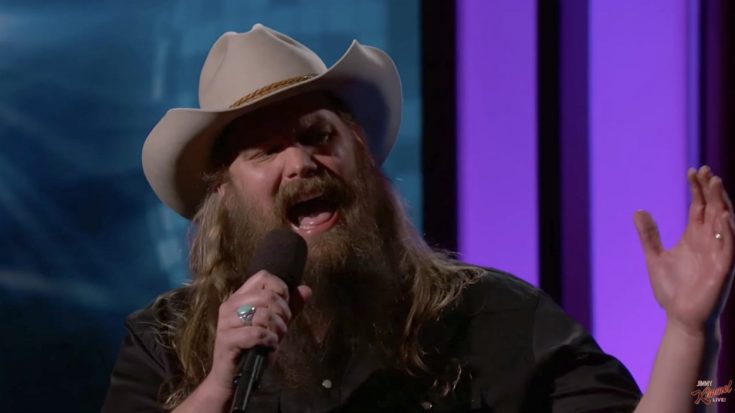 Country star Chris Stapleton has taken the internet by storm after his appearance on Jimmy Kimmel Live Monday night where his friend Chris Pratt was guest hosting. The singer, best known for his cover of the George Jones hit “Tennessee Whiskey,” teamed up with the actor for one of the best vocal collaborations we’ve seen in awhile.

Stapleton and Pratt are real-life friends who first met after the actor praised the singer’s vocals on social media. The two wowed late night television audiences Monday when they performed “(I’ve Had) The Time of My Life,” the iconic duet from the 1987 film Dirty Dancing.

The duet came about when Pratt invited Stapleton to participate in the segment called Wheel of Cheesy Duets, which randomly selected a cheesy duet for them to sing together. The wheel landed on the Dirty Dancing song and both men took the challenge head-on.

Fans of Dirty Dancing will remember that the song served as the backdrop for one of the movie’s most memorable dance scenes between Patrick Swayze and Jennifer Grey. In case you’re wondering…yes, Stapleton and Pratt attempted the infamous life (kind of).

Watch the impressive, and hilarious, duet between Chris Stapleton and Chris Pratt in the video below.