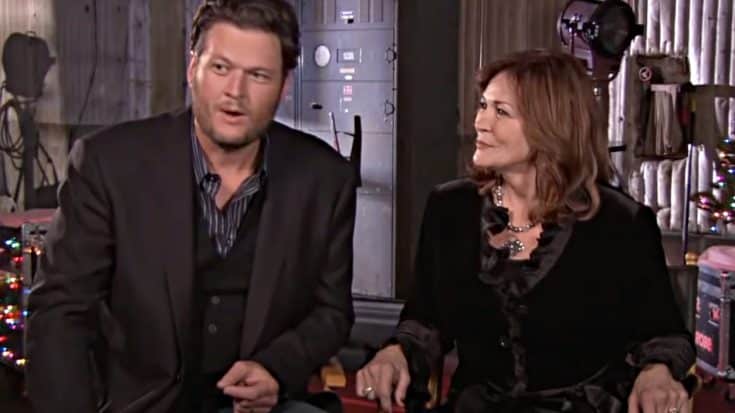 Ever wonder where Blake Shelton got his immense talent from? Back in 2012, the country singer teamed up with his mother, Dorothy Shackleford, for a duet of a Christmas song they wrote together titled “Time for Me to Come Home.”

During his first-ever Christmas special, Blake Shelton’s Not-So-Family Christmas, the country singer invited his mother to join him on stage for a meaningful performance of the festive country song.

“It’s actually a song about how it’s not Christmas unless you’re with your mama…She buys me cool stuff,” said Shelton according to Huffington Post. “The icing on the cake was having the opportunity to perform with my mom, a song we co-wrote together.”

“Time for Me to Come Home” is featured on Shelton’s 2013 holiday album, Cheers, It’s Christmas.

In addition to boosting the album’s commercial success, the song inspired Shelton’s mother to transform “Time for Me to Come Home” into a novel, teaming up with author Travis Thrasher during the writing process. It was also turned into a series of Hallmark Christmas movies.

You can hear Shelton and Shackleford’s recording of “Time for Me to Come Home” below.